Colombia were notorious for being one of the better sides in the 2014 FIFA World Cup but qualifying for this edition has not been an easy road for them.

Despite making it to the quarterfinals in Brazil, Los Cafeteros barely made it to Russia by a whisker and they will be looking to rebuild their reputation once the tournament kicks off.

The previous World Cup was all the more important for them because it announced the arrival of James Rodriguez, who will undoubtedly be an important player for them in the 2018 season as well.

The qualification process may have created some setbacks for Colombia in the initial stages but one must give them credit for being able to eventually display a good stretch of form that helped them seal an automatic qualification spot for the big event. However, their work is barely done since they find themselves in quite a tough group.

Hence, the group will be a tough one but Colombia are known for having some of the most passionate football fans and they will be present to back their team.

Colombia might boast of a rich history in football but it is surprising to learn that this is just their 6th World Cup appearance. Nevertheless, they will be keen to give it their all and possibly progress higher than just a quarter-final finish like last term.

Colombia is known for fast-paced attacking football but at the same time, the country also boasts of some solid defensive talents.

For example, the likes of Davinson Sanchez and Yerry Mina will have big roles to play but undoubtedly, Colombia’s biggest strength lies in their ability to stave off competition from the bigger sides.

In addition to that, they are known to constantly evolve their game on the field, meaning they will be a tough side to strategize against. 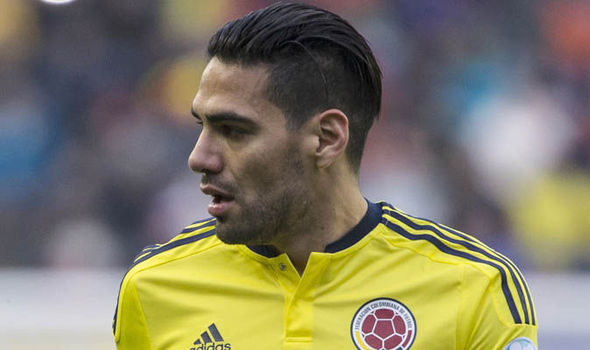 As far as weaknesses are concerned, Colombia often give in to other sides that dominate them. If they fail to control the game from the very beginning, they often crumble on the field and gift the game to their opponents.

Also, they must be wary of the allotment of game time since their key players must be used smartly so as to avoid exhaustion and injuries.

Pekerman’s experience will set him apart from his competitors in the World Cup next month. He has served a long tenure with Colombia and understands the team inside out, having been with them since 2012.

After finishing the 2014 World Cup as the tournament’s highest scorer, all eyes will be on Rodriguez this term. His displays for Bayern Munich have also been quite eye-catching and going into this campaign, Rodriguez will be a big name.

Colombia’s good fortunes will rest on his ability to score goals and we are all aware of how good he is. With adequate service from Carlos Sanchez, Rodriguez will be the one to watch out for.

With everything said and done, it looks like Colombia have all the necessary ingredients to go far in this edition of the World Cup. Despite the added competition from Senegal and Japan, Los Cafeteros look more than likely to progress further along with Poland.