Spurs were at home for what was the first leg of the EFL cup semi-final which saw Gazzaniga starting in goal behind Davinson Sanchez and Toby Alderweireld in central defence. Harry Winks played in the middle of the park with talisman Harry Kane up front. 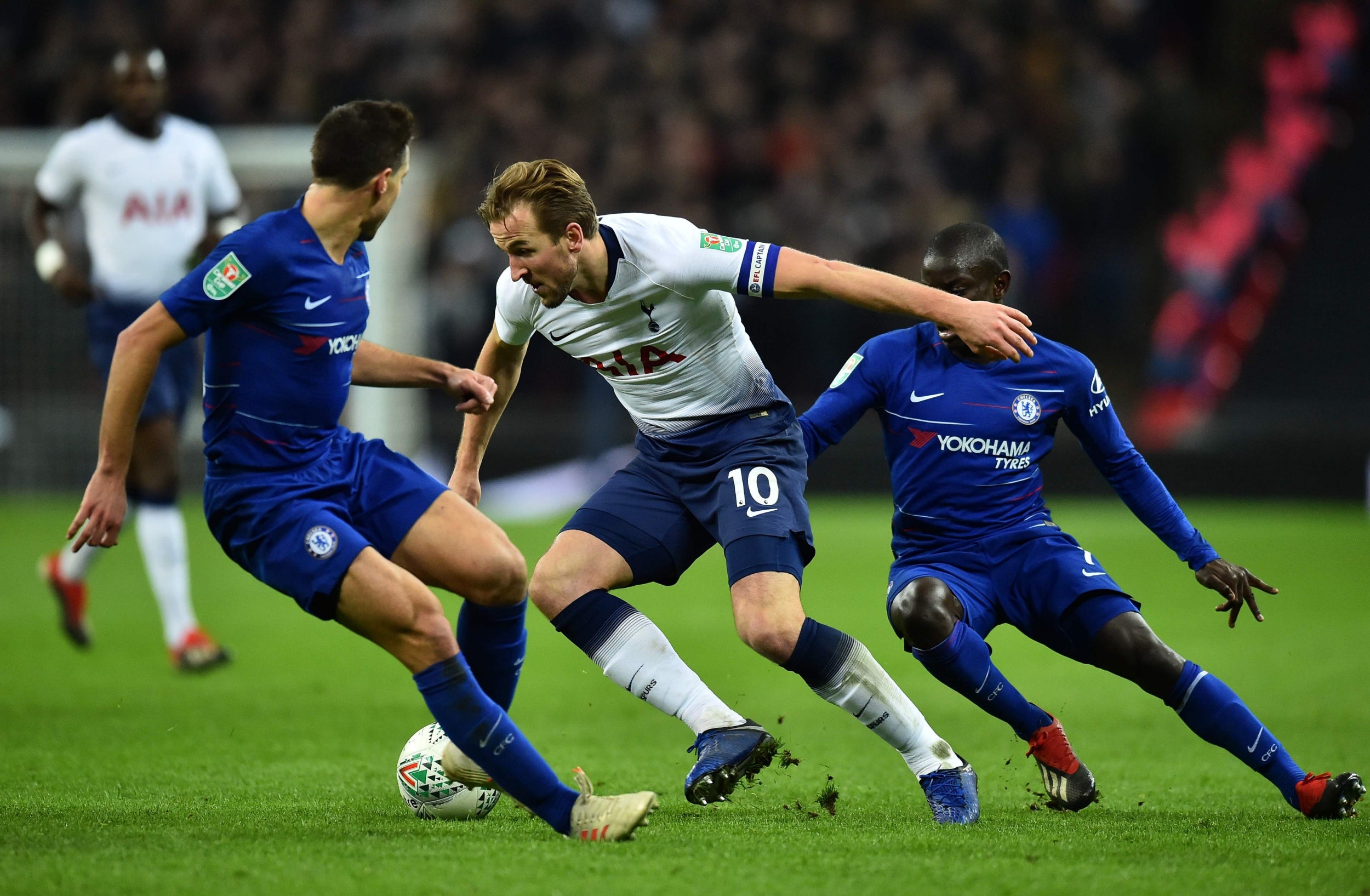 The pace of the game was set as soon as it started as both teams were able to build forward. Although Chelsea did see more of the ball in the first 15 minutes, Tottenham slowly began to take control of the game around the 20-minute mark.

In the 25th minute, Harry Kane was played clean through on goal by a searching ball from the midfield and as he strode into the box, Kepa immediately rushed forward. Kane expertly touched the ball away and the onrushing keeper’s momentum took the striker out. Upon referring with VAR about a possible offside call, a penalty was awarded to Spurs. Harry Kane stepped up and coolly slotted home to give Spurs the advantage in the first leg. 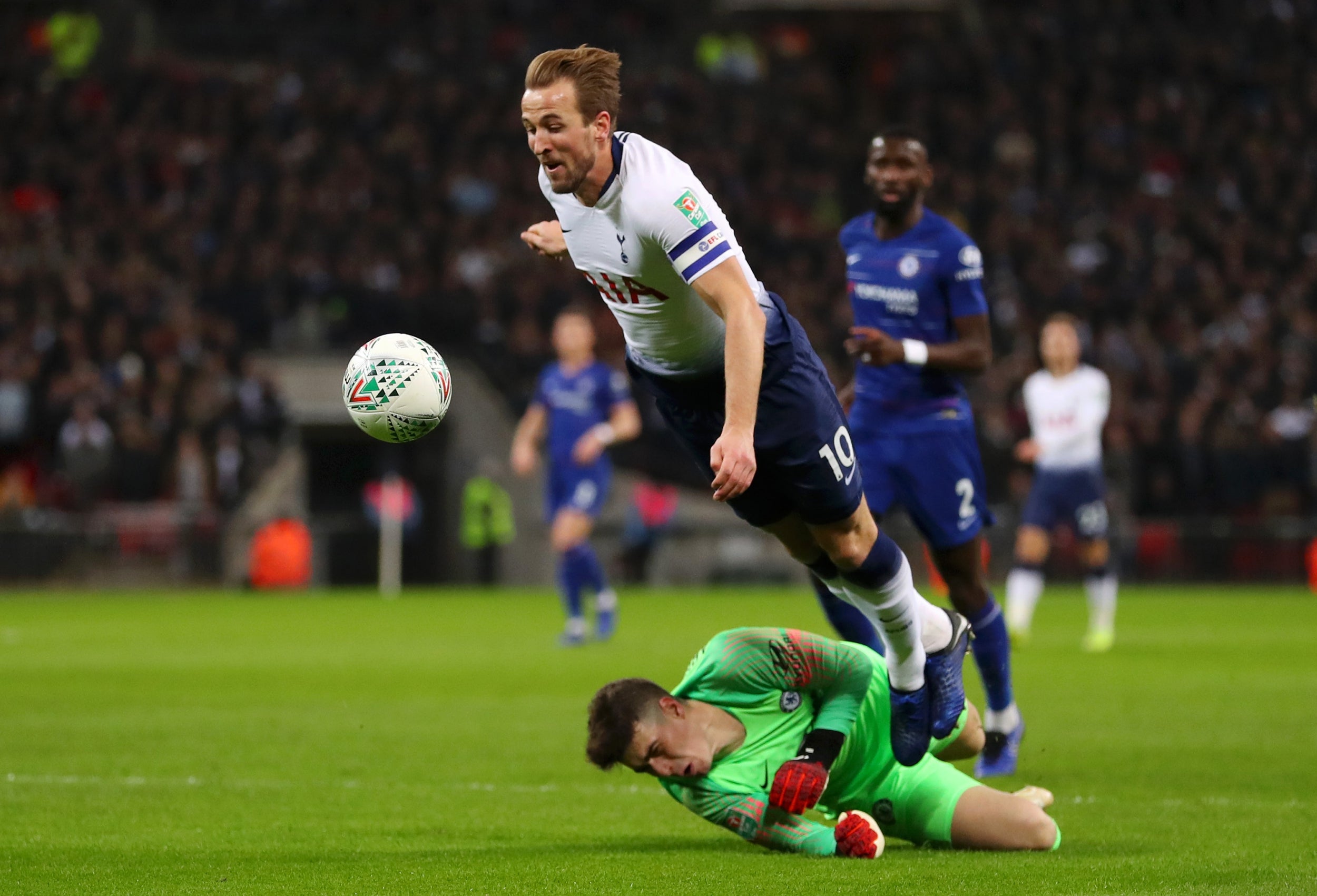 As the half wore on, Chelsea slowly came back into the game and nearly scored when a cross from the left wing found an approaching Kante who’s flying touch was on target, only to hit the outside of the post.

In a few minutes, Chelsea were whiskers away from equalising when a Hudson-Odoi cross was deflected off Danny Rose and nearly wrongfooted Gazzaniga. He quickly sorted his feet out and got a touch on the ball, which hit the inside of the post and was then cleared by Alderweireld.

The second half followed a very different trend. Chelsea controlled most of the ball throughout the second period with more than 60% possession. The ball was in the Spurs third of the pitch for a large period of time.

Chelsea threw on Pedro in place of Willian to try and affect the game. This switch meant Pedro took his preferred role on the right-hand side and Hudson Odoi switched onto the left. 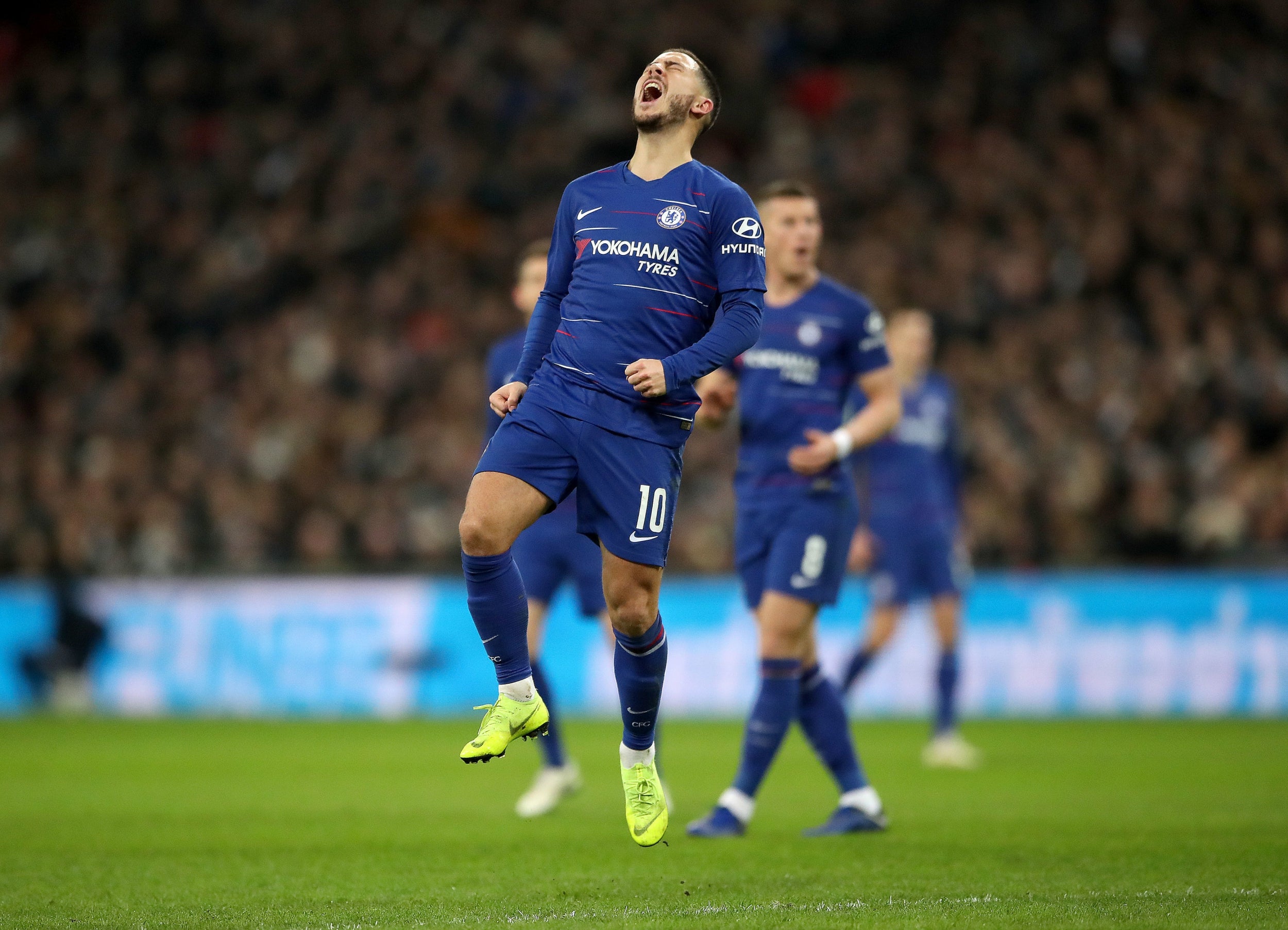 Although Chelsea had a lot of the ball with patient build-up play and smart passing, they were never really able to make that final pass which would’ve put one of their stars through. Barkley was then substituted and on came Matteo Kovacic. Chelsea kept on pushing switching from wing to wing but to no avail.

Sarri had one final throw of the dice and brought on supersub Olivier Giroud who has a knack for getting late goals. This meant that the last 5 mins were all Chelsea. Pedro and Hazard delivered the ball in from either side but none of the crosses found their desired targets.

Keeping up to the trend of the last few Chelsea games, they seemed to lack a killer touch in front of the goal – the kind of touch only a world-class striker can bring. In the end, Spurs won this tight first leg at the Wembley by a lone Harry Kane penalty.

Disappointed with the result, here’s how some Chelsea fans reacted.

Sign a striker. Jorginho is overrated…fabregas way better than jorginho

1. Kante should return to his original position.
2. Jorginho is always playing back passes. Bench him.
3. We always rely on Hazard.
4. Willian should go to the salon for the rest of his contract.
5. WE NEED A STRIKER.

The last time we won the league, our striker Diego Costa had 20 goals. Will morata get 20 goals this season? Haha, no. Until we have a striker who can chip in 20+ goals per season we wont win the league.

-Hazard ran Tottenham ragged
-Alonso was shocking, Emerson needed
-Jorginho for me is overrated
-Rudiger & Christensen were solid
-Azpi has grown into the RB role now

Overall the first half was even, second half Chelsea dominated & deserved more

We had our failures before, losing finals giving away talented players buying flops (AKA Morata 🤮) with big pile of cash, but can’t get past Tottenham for two straight games, thats a new level of failure.

Poor selection, poor performance. We’ve got a defensive mid playing as a number 9, no striker til the 15 mins to go, relying on Hazard to do EVERYTHING.

Cherry on top was subbing the only person who can cross a ball for the only player who can head goals!! Frustrating…