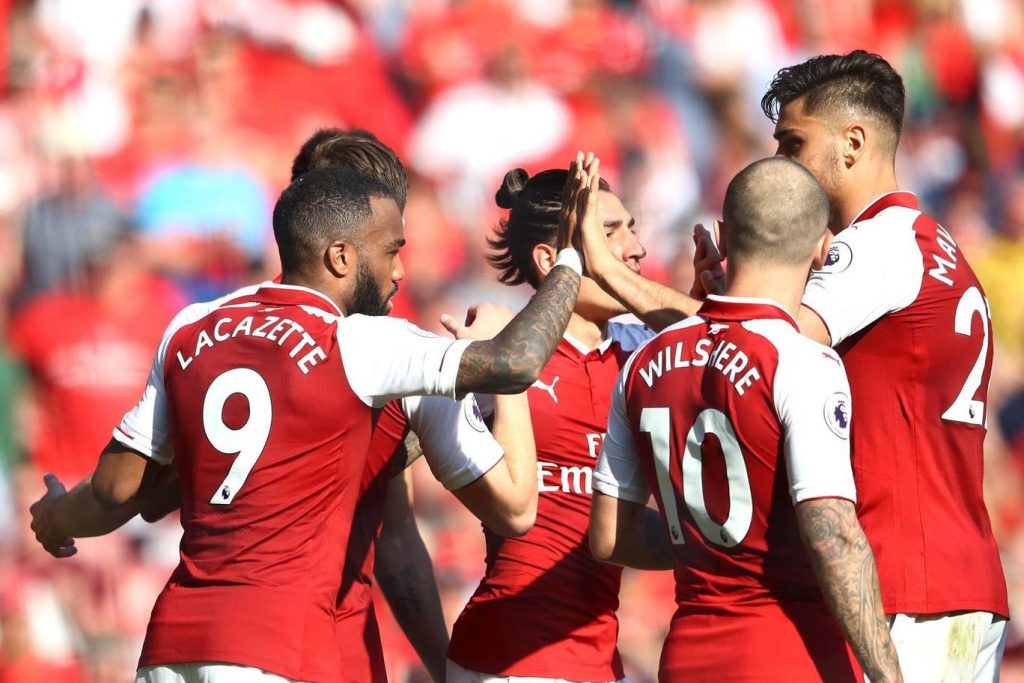 Arsenal gave Arsene Wenger a fitting Emirates sendoff, mauling Burnley 5-0 on Sunday in the manager’s final home game after 22 years in charge. Wenger was given a guard of honour by both teams before kick-off.

First-half goals from Pierre-Emerick Aubameyang and Alexandre Lacazette set the tone for the Gunners. Sead Kolasinac scored with a powerful low drive after the break before Alex Iwobi added a fourth by slotting the ball into the top corner.

Aubameyang got his second of the day in the 75th minute to complete the rout. German defender Per Mertesacker also bid goodbye to the Emirates, appearing as a second-half substitute before his retirement at the end of the season.

Safe to say that it was an emotional day at the Emirates Stadium.

Cech was a mere spectator as he had nothing to save in the first half. He was called into action in the second half and made a decent save to deny Sam Vokes.

Bellerin came out on top following a disappointing display against Atletico Madrid in the Europa League. Made some rampaging forward runs and provided assists for Lacazette and Aubameyang. 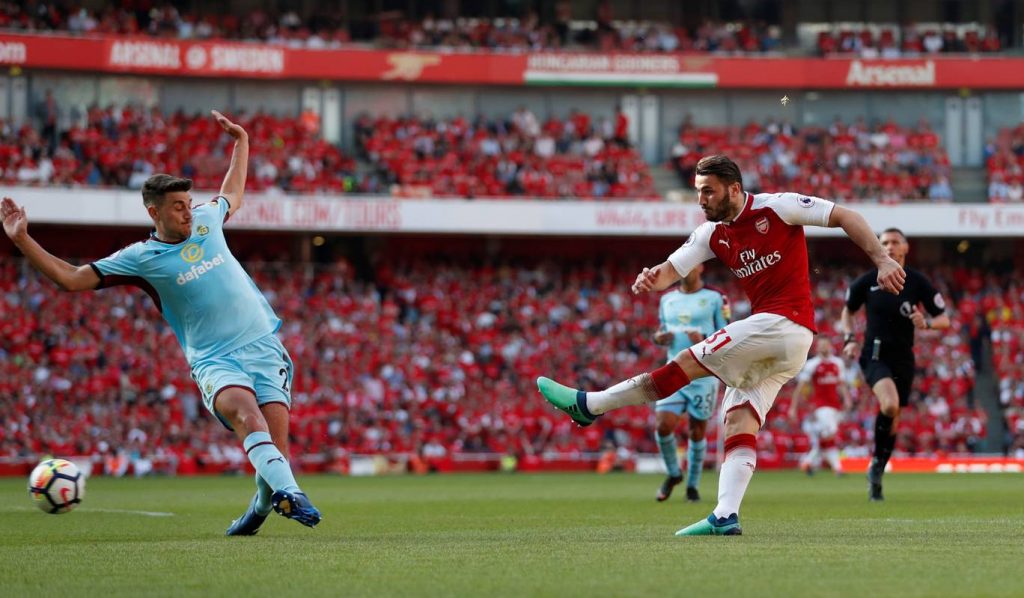 Another very impressive display from the Greek youngster in only his second Arsenal start. He was composed on the ball, strong in the air and didn’t even give a yard of space for the Burnley attackers to exploit.

Chambers was solid in defence and is showing good signs to end the season on a high.

Thumped home a powerful shot for Arsenal’s third goal and was solid throughout in the left-back position.

Xhaka was much better today as he dominated the tempo of the game. He worked diligently in the midfield and hardly put a foot wrong.

Wilshere had a chance to score after the break but he failed to convert Aubameyang’s pass. However, he redeemed himself by providing the assist for Kolasinac’s goal.

Mkhitaryan was at his creative best, drove forward with the ball, created plenty of chances and caused plenty of problems for the Burnley defenders with his pace and trickery. He was unlucky not to score.

Iwobi was very lively from the onset of the game. He played a big part in the first two goals before rifling home a goal after the break.

Lacazette continues to impress after returning back from injury. Set up Aubameyang’s goal and then scored the second himself.

A classic display from the Gabon international, who opened the scoring with a fantastic strike. His pace and movement caused numerous problems to the Burnley defenders. He set up Iwobi’s goal and scored his second with a lovely finish.

Replaced Wilshere and made his typical runs into the box.

Shook the bar with his effort from outside the box.

Came on for a late cameo and was given a stunning reception in his final home game.