Arsenal took on Bournemouth in a very important game at the Emirates. The Gunners leapfrogged Manchester United to fourth spot after a convincing 2-0 win against Southampton on Sunday.

Unai Emery made 6 changes to his side ahead of the North London derby at the weekend. Mesut Ozil, Nacho Monreal, Laurent Koscielny and Matteo Guendouzi returned to the squad.

Top scorer Pierre-Emerick Aubameyang replaced Alexandre Lacazette up front and Carl Jenkinson started for the first time in over 26 months.

The Gunners started the game brilliantly as Mesut Ozil opened the scoring after his trademark dink over the keeper in the 4th minute. Arsenal dominated the possession and had a lot of space to operate in. 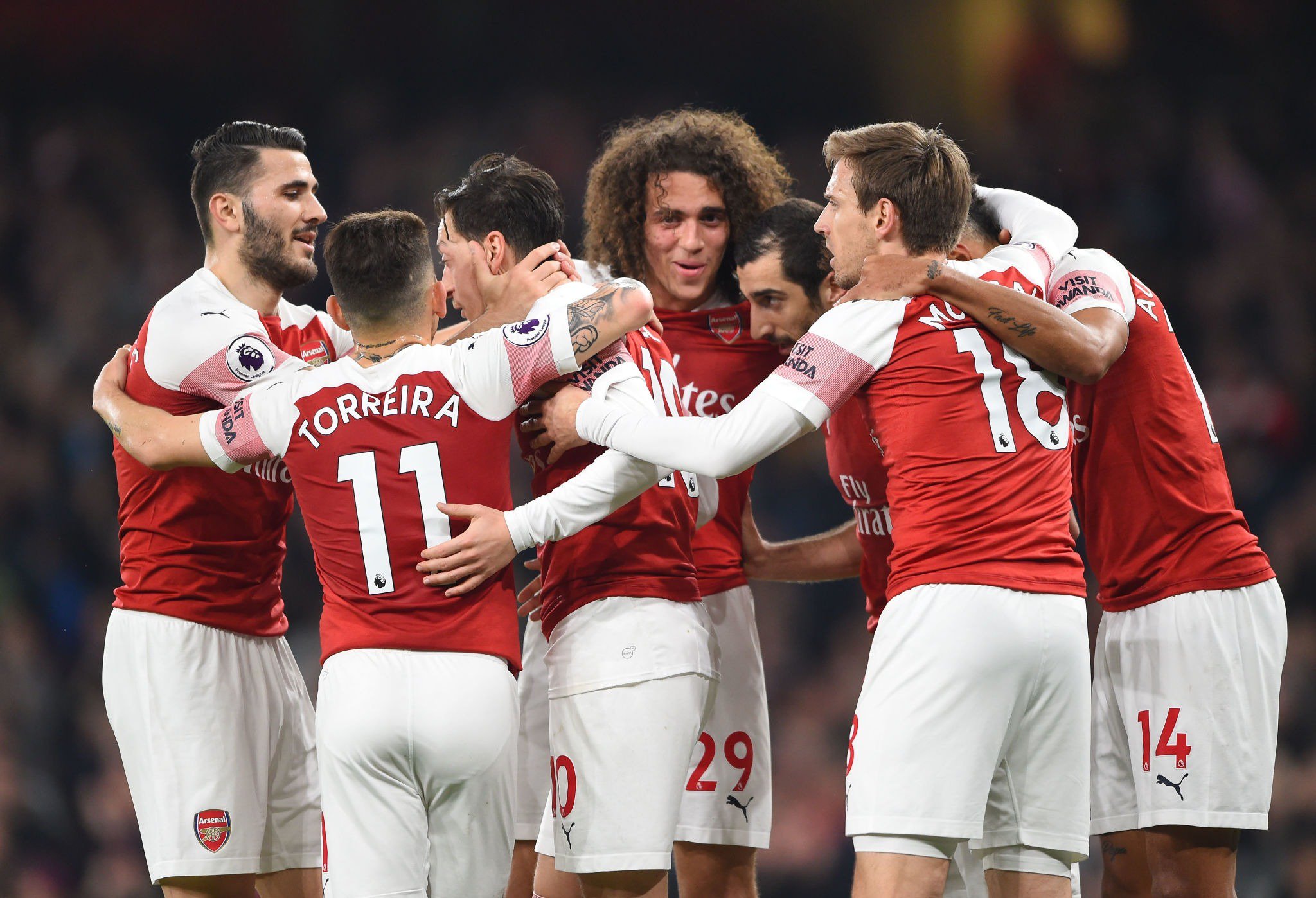 Eddie Howe was fuming at his team’s performance on the touchline and made a tactical change which pushed Ryan Fraser a lot more centrally. The plan seemed to work as Adam’s Smith’s cross was headed over by Josh King in the 16th minute.

Bournemouth continued to attack as Ryan Fraser was put through on goal by Josh King and his shot was saved brilliantly by Bernd Leno. Gosling’s shot from the edge of the box was blocked well by skipper Laurent Koscielny.

Arsenal doubled their lead in the 27th minute as Adam Smith gave away the ball to Mkhitaryan, who put Mesut Ozil through on goal before the German delicately passed it back to the Armenian to volley it home.

The Cherries responded brilliantly as Matteo Guendouzi was caught with possession at the edge of the box and Lys Mousset struck home to give Eddie Howe’s side some hope. Josh King picked up a needless yellow card after a dive in the Gunners box just seconds after the goal. Arsenal went into the break with a 2-1 lead.

Arsenal started the second half like they did the first as Laurent Koscielny finished a brilliant combination move between Mkhitaryan and Ozil. The Gunners were relentless in their attack as Mesut Ozil was denied by the woodwork in the 54th minute.

Bournemouth’s first chance of the half came in the 56th minute as Dan Gosling’s strike from outside the box hit the crossbar after a deflection off Nacho Monreal.

Arsenal extended their lead after Mkhitaryan put Aubameyang through on goal, who rounded the keeper and finished calmly to give Unai Emery’s side a 4-1 lead. 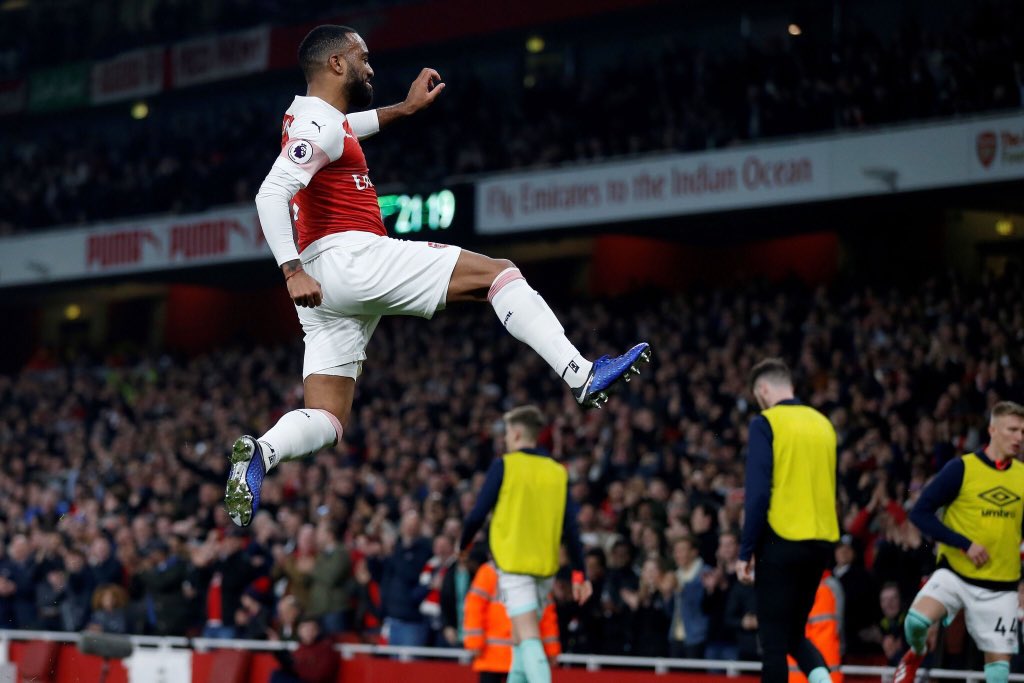 Henrikh Mkhitaryan was replaced by Alexandre Lacazette after a man of the match performance. The Frenchman scored Arsenal’s 5th with a sumptuous freekick and the Gunners retained 4th place after a comfortable 5-1 victory.

Arsenal fans at the Emirates began chants of “Tottenham Hotspur we’re coming for you” after the fifth goal and here are a few tweets of Gunners fans rejoicing after the win.

Ozil and Miki are back 💪

This is the Arsenal we want to see 🔴

What a game it was, Mesut ozil masterlclass ! We are winning the league next season, we only need mesut and good defenders

Five at the back and we scored five goals. We really need to put six at the back next game against Spurs, if you know what I mean.

#ARSBOU #COYG
Thoughts:
• Mkhitaryan rise in form in crucial time.
• Guendouzi is 19yo bloke, & he’s still a GEM.
• Lacazette is a DON.😎
• If some people think Ramsey as a legend, then Koscielny is much much bigger than him.
• Carlo is GOONER
• This BEAUTIFUL MAN.😍😍👇 pic.twitter.com/518LRPJcJZ

Thats the @Arsenal we want to see @UnaiEmery_ , Brilliant perfomance from @MesutOzil1088 also @HenrikhMkh The captain @6_LKOSCIELNY on the scoresheet again !! @Aubameyang7 and @LacazetteAlex scoring brilliant goals !! Bring on the spuds !! #COYG #arsenal

Mkhi, Ozil, Auba, Torreira and Matteo did it for me. The captain made us stable at the back. Big noght for Jenko 🤣

Fantastic performance from Boys what a way to go into the Derby💪🏽…Mkhi my Motm thats the best i have seen him for us…Ozil,Auba,Lacca all were great,hopefully we can keep playing like this 🙏🏼👏🏽👏🏽👏🏽…