According to a report in Liverpool Echo, Everton are contemplating over the possibility of sending young right-back Jonjoe Kenny out on loan for the next season.

The Blues are due to hold talks with the youngster this week, with manager Marco Silva ready to discuss the prospect of him leaving Goodison Park on a short-term deal. (h/t Liverpool Echo) 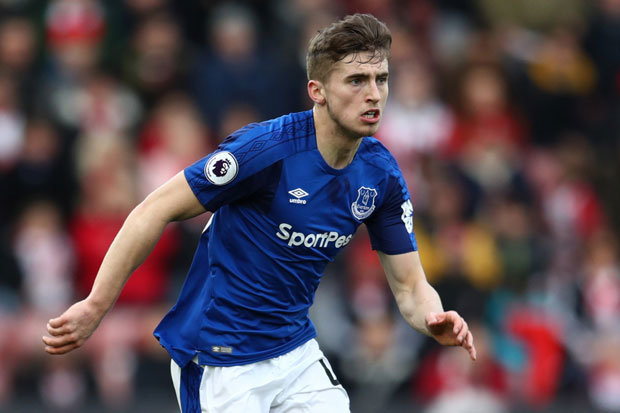 Kenny, who has a contract up until the summer of 2022, started seven Premier League games this season, with only one of them coming in the last two months.

Hence, it is clear that with Seamus Coleman back to full fitness, the youngster has been a backup for the veteran. Furthermore, the club is looking to sign a new right-back during this summer transfer window. (h/t Liverpool Echo)

For that reason, Everton are looking to send Kenny on loan to ensure he plays regular football next season (h/t Liverpool Echo). Here’s why it would be a sensible move for both parties:

Game time is paramount for the youngster

With Coleman now fit and back being the first-choice right-back in the team, and the club looking to sign a new player in that position, it is clear that Jonjoe Kenny may not get much game time next season onwards.

At 22, the player needs to play games on a regular basis to gain experience and learn the trade in a much better way. It is because while being on the pitch and facing various kinds of situations would only help a player to develop.

Moreover, with the qualities he possesses, it looks certain that Kenny could play a major role in the future for Everton.

For that to happen, as every young player in a top Premier League club goes through, he should not stay on the periphery at Goodison Park and look for a short-term move elsewhere.

Hence, while a move on a loan deal would be good for the player, it is beneficial for the club as well.

The former can get much-needed game time elsewhere and the latter can continue to work with other senior players at right-back and wait for the youngster to come back with experience on his back.