According to an earlier report from Daily Star, Tottenham, Chelsea and West Ham were interested in signing Porto’s Malian international striker Moussa Marega.

The same report claims that the 27-year-old has a release clause of £35million in his contract, which means that the Premier League clubs would have to break the bank to sign him.

Marega moved to Porto back in 2016 after stints at a few lower division clubs in France and Amiens in Ligue 1 but he was loaned out to Vitoria de Guimaraes for the 2016/17 season.

The Malian proved his worth as a goalscoring machine in the 2017/18 season where he racked up as many as 22 goals in the Portuguese top-flight and set up another 4, helping Porto to their first domestic success in five years.

The 27-year-old has carried his scintillating form into the ongoing season as well, scoring 3 goals and providing an assist from 9 appearances in the Portuguese Primeira Liga. He has also come to the party in the UEFA Champions League this season, registering four goals and an assist, including two man of the match displays in the group stages against Lokomotiv Moscow and Schalke. 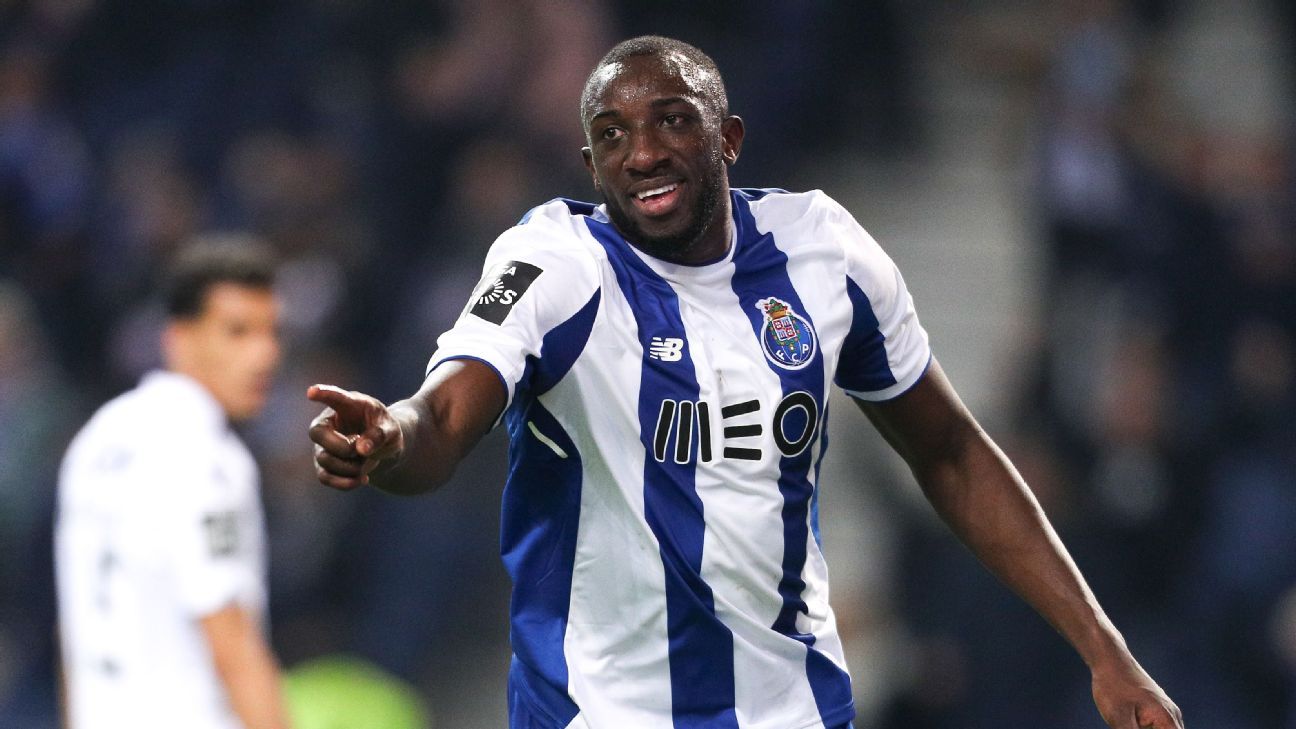 Standing at just a shade over 6ft, Moussa Marega has just the perfect height for a centre-forward. A tactically versatile and powerful attacker blessed with a decent technique, the Malian is known for his strength, pace and aerial ability. Although he has largely been used as a centre-forward at Porto, Marega is also capable of playing as a supporting striker and as a wide-forward down the right in a 4-3-3 formation.

Marega’s powerful right foot coupled with his eye for goal and sinewy frame make him an absolute beast of a centre-forward. Not only does he have the ability to outmuscle the opposition with his physicality but he also has the ability to get off the ground quickly to win the aerial balls.

He is not particularly known for his ability to hold the ball for too long but his aerial ability makes him a genuine threat from set-pieces. Furthermore, Marega is an instinctive striker who has the knack of making incisive runs behind the opposition’s backline to get on the end of through balls, making it all the more difficult for the defenders to deal with him.

The 27-year-old averages 3.2 shots and 3.2 successful aerial duels per game in the Portuguese top-flight this season.

The Malian likes to play direct football and has a positive body language in him, backing himself to rip apart the opposition’s defence with his pace, skills and strength. A player with a lot of stamina, he is always a lively presence in the final third and doesn’t give up until the last minute.

To put things into perspective, that is exactly the reason why Manchester United should make a move for him. United currently sit 8th in the Premier League standings. The Red Devils have scored 28 goals from 16 games and have registered only 6 wins so far this season, which is quite a meagre return for a club that is supposed to be challenging for the Premier League title.

Romelu Lukaku hasn’t quite delivered the goods for United this season while Anthony Martial and Marcus Rashford have blown hot and cold in patches. In other words, United have been quite unimpressive in the final third and Jose Mourinho should add some substance to their rather toothless attack.

Read More: Signing this Serie A hotshot with the same number of goals as Ronaldo would solve Man United’s goalscoring woes: Opinion

Marega certainly fits the bill at Old Trafford and his clinical nature in front of the goal is bound to help United achieve a better goalscoring record.