According to a report in Sun Football, Ander Herrera is set to sign a new contract with Manchester United as interim manager Ole Gunnar Solskjaer has convinced the Spaniard to stay. The midfielder’s current contract expires at the end of this season, and he can contact foreign clubs regarding pre-contract negotiations this month.

However, it is being suggested that the player will now commit to being a part of the Old Trafford family beyond this season. This has come after Solskjaer insisted on the fact that the 29-year-old has a playing future at the club.

Herrera, who joined the Red Devils in 2014 under the management of Louis van Gaal, is currently earning £120,000-a-week. The previous contract negotiations were stalled due to the disagreement on wages.

Here’s why Herrera deciding to negotiate a new contract with United is a good thing for the club:

It is pretty evident that Manchester United, as a club, is in transition in terms of progress at the highest level. After a lowly start to the season under Jose Mourinho, the sacking of the Portuguese was inevitable.

With interim manager Solskjaer at the helm, the next four months is all about doing as well as they can and try to finish in the top four and make a deep FA Cup/Champions League run.

Ander Herrera has been at the club since the arrival of van Gaal. The Spaniard has seen it all since then and deserves to be a part of the club beyond next summer. He has always given his 100% on the pitch, wherever the different managers have wanted him to play. 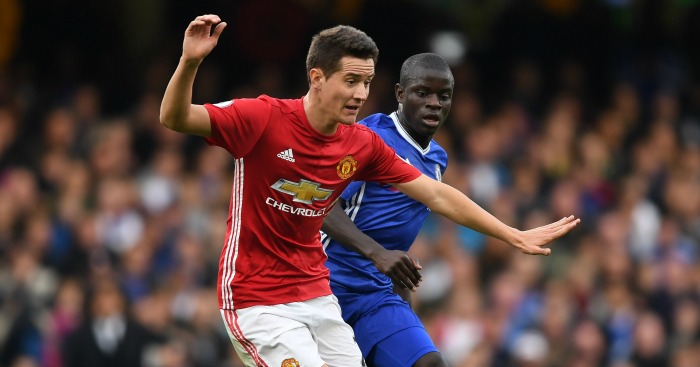 All in all, the 29-year-old is a top professional who always thinks of the team first before looking for positives for himself. His versatility in the midfield helps the managers to play him either as a defensive midfielder, a central midfielder or as one of the attacking midfielders if required.

If United are to get back where they belong in the next couple of years, Herrera’s presence in the dressing room and on the pitch would be vital.

Read More: Man United beating Liverpool to land this world-class World Cup winner is an absolute no-brainer – Solskjaer should do this

From the player’s point of view, signing a new contract will make complete sense. He is at one of the biggest clubs in the world and the proud feeling of wearing the Manchester United jersey is a thing to behold.