Why Celtic should sign Robert Gumny from Lech Poznan

According to a report in Football Scotland, Scottish champions Celtic are weighing up a £6m bid to sign Lech Poznan right-back Robert Gumny before the transfer window deadline.

The 21-year-old, who is set to leave the Polish side this summer, has been on Celtic’s radar for some time now (h/t Football Scotland). Thus, it is clear that they know about the player in depth. 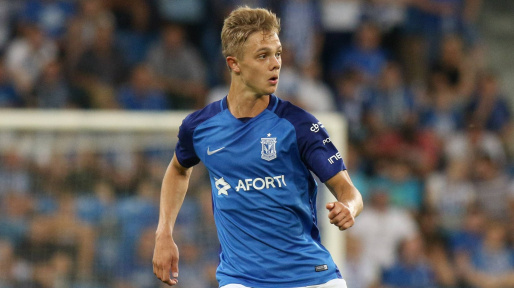 Hoops manager Neil Lennon is aiming to use the Kieran Tierney sale money to further strengthen his squad ahead of deadline day (h/t Football Scotland). For that reason and more, they are looking to recruit the services of Gumny.

Celtic have made a perfect start in the league, while being in a good position to qualify for the Champions League. However, if they are progress in Europe, they might need more depth at the back.

Below, we analyse Gumny’s game in depth and look at how he would be a good addition to the Hoops squad:

Gumny’s versatility could be useful to the Hoops

Predominantly a right-back, Robert Gumny is a flexible player who can operate as a wing-back or as a left-back, if required by the team to do so.

The former Poland U-21 international played 21 games in all competitions last season, scoring a goal and assisting once while mostly playing as a right-back. His game has improved a lot in the past 6-9 months.

In terms of his attributes, Gumny has good pace to make runs up and down the field. He is pretty adept in one-v-one defending, can put good crosses in the box and is physically strong on/off the ball.

It has to be said that the 21-year-old is a quality player who still has the potential to further become a world-class player in due course of time. He could be a very good addition to a Celtic side that could do with more backup in wide defensive areas.

Thus, we can conclude by saying that the Hoops shouldn’t hesitate in forking out the cash to sign Robert Gumny. His addition would make them strong at the back and good while creating chances from wide areas.