Why Chelsea should do everything to keep Willian at Stamford Bridge

As per The Express, Chelsea are set to hand Willian an improved contract after three failed bids from Barcelona. Manchester United were also the potential suitors for the winger’s signature (h/t The Express) but Chelsea have somehow managed to keep the Brazilian in their ranks.

And as an added security, they are looking to tie Willian to a two-year deal (h/t The Express). It has been a fruitful summer transfer window for new manager Maurizio Sarri, as he succeeded in landing Jorginho and signing Mateo Kovacic on a loan deal to strengthen the midfield.

However, Chelsea missed out on several other targets in crucial areas of the park. The club’s failure to sign a replacement for Alvaro Morata should be a matter of concern for Sarri. To be frank, this is what makes Willian all the more important and Chelsea just cannot afford to lose him at the moment.

With Sarri preferring a free-flowing and attacking 4-3-3 formation, Willian’s ability to play with either foot is going to be invaluable for the Blues. Although Alvaro Morata’s goal-drought continued throughout the pre-season, the Spaniard finally managed to score against Arsenal.

Regardless, in Willian, Chelsea have an explosive talent who proclaims his value by the virtue of his superior technical abilities and quick feet. Although he is 30, the Brazilian has lost none of his work rate or trickery down the flanks.

Individual brilliance from dead-ball situations and the ability to link-up play with the target man are some of the Brazilian maestro’s top attributes. He has arguably been one of the Premier League’s best performers over the last five years.

As Morata has failed to deliver the goods, Willian may be the key to link-up play with the deeper midfielders, Jorginho and Kante, if Sarri wishes to deploy Eden Hazard as a false nine.

Willian, who has been a loyal servant to Chelsea for the past five years, has less than two years remaining on his current contract and Sarri must ensure he stays put beyond that. 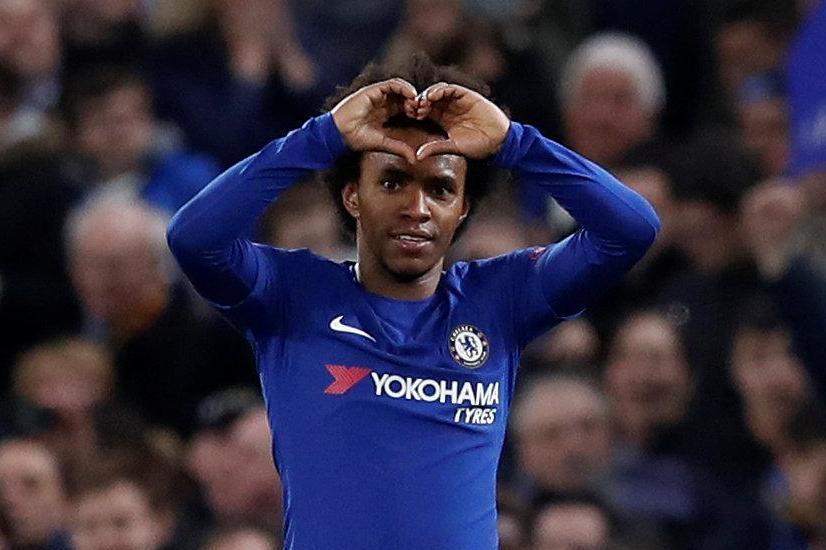 Read More: Opinion: Why this season could be the breakthrough campaign for Chelsea’s £60,000-a-week starlet

Players above the age of 30 are usually considered for a one-year contract extension but according to The Express, Chelsea are ready to offer Willian a two-year extension in recognition of his services for the club.

This just goes to show that the Blues are willing to do anything and everything to keep the Brazilian at Stamford Bridge. Well, they probably have to, if they are to have any chance of posing a challenge for the title.