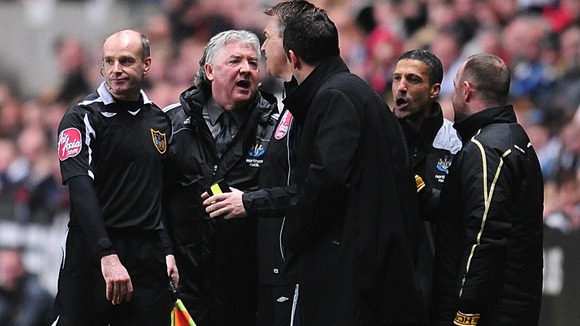 There is never a dull week at Newcastle United, and this week proved that statement in abundance. In a move that not only surprised the fans, the media and even club staff, Mike Ashley appointed Joe Kinnear as director of football.

Kinnear’s has never been popular with the Geordie faithful, his last role at the club was that of manager in the ill-fated season of 08/09 where he was never far from controversy and problems with players, until a heart problem forced him from the club, midway through the season.

Football is essentially about results, and last season Newcastle United didn’t produce the results that the club and the board expected of them, so it was obvious change was needed, with strong rumours that Alan Pardew would be sacked. However as this didn’t happen and the club backing their manager, it seemed that Newcastle United were heading into the next season without any change in the backroom staff, although we now know a drastic change was waiting around the corner, just not the one people seemed to expect. It seems that the move was put in place to apply pressure against the current manager, whether Ashley is trying to force Pardew out of the club, only he could answer that question, but this week alone shows a massive lack of confidence in him.

In a week that has also seen Derek Lambias leave his role at the club, it has left the fans wondering who else may leave in the wake of Kinnear’s arrival.

Many fans see the move by Ashley as a step backwards, as many remember the disastrous spell that Dennis Wise had in the same position. With Kinnear publicly declaring that both manager Alan Pardew and chief scout Graham Carr have to answer to him, it seems that their positions are becoming more and more unstable.

Since he became Director of football, it took Kinnear merely a few hours to again disillusion the fans and make himself a laughing stock to the nation, with the well publicised talk sport radio fiasco, in which he offended a number of players by embarrassingly pronouncing their name wrong. Many see this as a ploy set up by Ashley and Kinnear in order to clear a number of the ‘big stars’ currently on the clubs wage bill, by forcing their hand and making them ask to leave the club, thus not making Ashley seem like the villain.

The timing of the appointment would be the only positive I can see in the situation, as it is the holiday period and allows the club to settle before the new season starts. However I do believe that the club is not big enough for both Pardew and Kinnear, and very confident in my views that one of them won’t be in their current role, come next May.