According to a report from Calciomercato, Newcastle United are in talks with AC Milan boss Gennaro Gattuso to replace Rafa Benitez in the summer. Benitez’s future at the club is still uncertain and with his contract up in the summer, there is a possibility that he will leave the club.

Benitez has been a boon for the Magpies, having brought them back from the Championship and saving them from relegation for the second year in a row, with very little help in terms of resources.

If he is to depart the club in the summer, Newcastle will need to hire a top manager, who is capable of carrying forward Benitez’s brilliant work at the club.

Reports have emerged about the club’s interest in Milan’s legendary midfielder Gennaro Gattuso but is he really the right man to take over from somebody like Rafa Benitez in the summer? The answer is an obvious yes.

After a fantastic playing career, which saw Gattuso cement himself as a Milan legend, the Italian midfield powerhouse managed their youth-setup. He was given charge of the first-team in November 2017 after the sacking of Vincenzo Montella.

Gattuso, like on the football pitch, became an instant leader as the manager and helped Milan finish 6th after losing just 4 of their remaining 24 games in the Serie A. His energy on the touchline is infectious, which has resulted in his players reproducing the same energy on the pitch.

One thing that Gattuso will surely bring to this Newcastle side is his fearlessness. The Italian was a no-nonsense player back in the day and he is the same as a manager. He sets his team out to win and demands aggression.

Gattuso has helped Milan make it into the top-four of the Serie A so far this season and if all goes to plan, they will be in the Champions League next season. 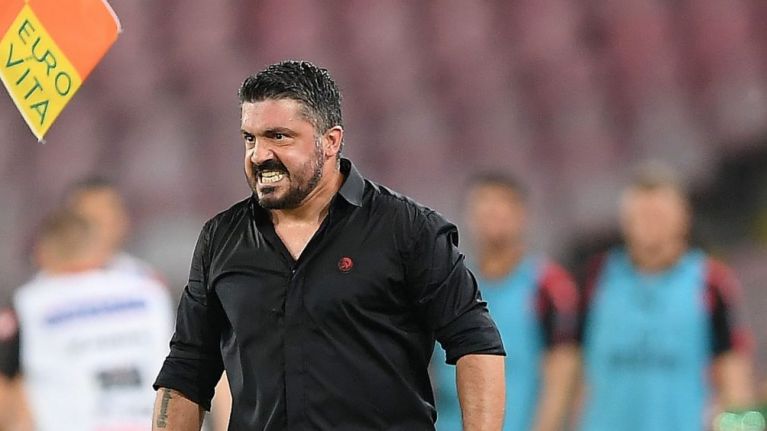 The report reveals that Gattuso has always put the club in front of everything but his relationship with the board has not been ideal.

His problems with Milan’s hierarchy could force him out of the door and Newcastle United should pounce at the opportunity of signing Gattuso in the summer.

Newcastle’s first option has to be to convince Rafa Benitez to stay but Gennaro Gattuso would be a brilliant replacement. The Italian will bring in a winning mentality to the Magpies and he should be high on their shortlist in the summer.