Everton’s search for a new striker in the previous summer transfer window was no secret. Having sold star centre-forward Romelu Lukaku to Manchester United, the Toffees were on the lookout for a new forward to fill the giant shoes of the Belgian and one player that was heavily linked with a move to Goodison Park was RSC Anderlecht’s Lukasz Teodorczyk.

There were talks of a £10million deal going through for the marksman, but no move materialised in the summer, and Teodorczyk ended up staying put in Belgium, with Everton bringing in Sandro Ramirez and Wayne Rooney.

It made sense that the Merseysiders were looking at the 26-year-old Polish striker in the summer, considering that he was coming on the back of a highly impressive season in the Belgian Jupiler League with Anderlecht. Teodorczyk had joined Anderlecht in the summer of 2016 from Dynamo Kyiv and went on to enjoy a stellar debut campaign in Belgium, leading his side to the league title and a quarter-final run in the UEFA Europa League, where they were dumped out of the competition by Manchester United.

The 26-year-old finished the 2016/17 season with an impressive tally of 30 goals and 5 assists in 53 appearances in all competitions. He scored a goal at a rate of one per 131.77 minutes, which is a great return, despite him playing in a relatively less competitive league like the Belgian top-flight. 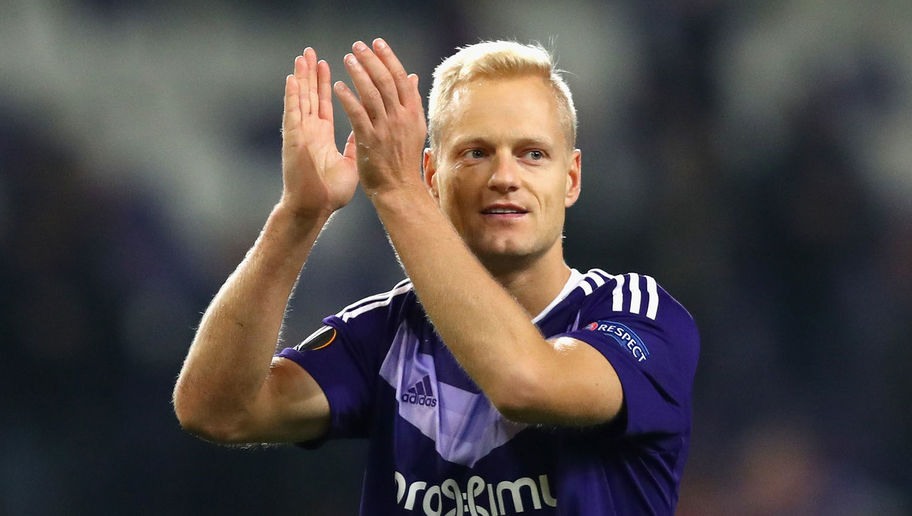 However, Everton will now be considering themselves quite lucky to have decided to pass upon the chance to signing him. The 26-year-old has failed to reproduce his form from last season with the Royal Blues and has managed just 4 goals and 3 assists so far from 27 games (1858 mins) across all competitions in the 2017/18 term – at an extremely poor scoring rate of one goal every 464.5 minutes.

Having lost Romelu Lukaku, who was right up there in the top three goal-scorers in the Premier League last campaign, Everton needed someone prolific to replace the Belgian and clearly, judging by current form, Teodorczyk was rightly not their man.

They eventually brought in Cenk Tosun from Besiktas in the January transfer window. While the Turkish striker hasn’t exactly hit the ground running for the Merseysiders, his proven track record and his form in Turkey and Europe this season and in the previous campaign should fill the fans with confidence. Tosun had scored 14 times and assisted thrice in 24 games in all competitions before moving to the Goodison. He may take a little time to settle in but has the quality to make a difference for the club.

Everton may have failed to adequately fill the void left by Lukaku but without a doubt, they will be glad that they dodged a bullet by not signing Teodorczyk last summer.