Why Brighton have made a mistake by signing Alireza Jahanbaksh

Brighton and Hove Albion have made a positive start to their season under Chris Hughton. Though they are winless in their last two games, the Seagulls have looked a systematic side this season. They succumbed to a loss against Cardiff City last weekend only to a stoppage-time goal from Sol Bamba.

Chris Hughton did sign a couple of new players in the summer to bolster his ranks and one of them was Iranian attacker Alireza Jahanbaksh.

Brighton signed the former AZ Alkmaar midfielder for a club record £17million in the summer and they had a good reason for it as well, given his goal-scoring heroics in the Dutch league last season.

The 25-year-old picked up more than 20 goals in his final season with the Dutch outfit, prompting the Seagulls to bring him in. Much was expected of the midfielder, who was tasked with producing the goods for Brighton in the league this season. 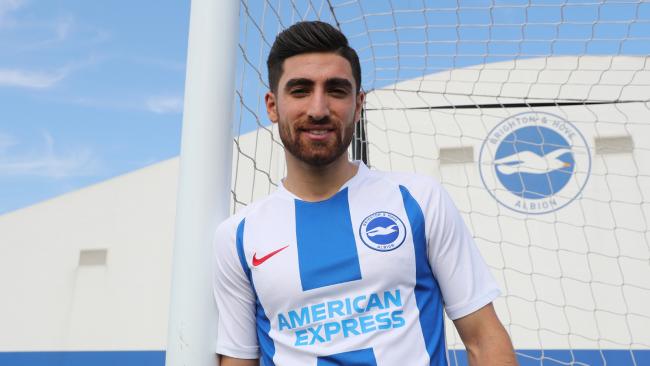 But so far, he has failed to make any sort of impact at the club. Jahanbaksh has made 10 appearances in the Premier League, of which 6 have came as a substitute but he is yet to find the back of the net. He hasn’t managed an assist either.

Playing on the right-hand side of Chris Hughton’s 4-4-1-1 formation this season, Jahanbaksh has failed to provide the right kind of supply.

He has managed a pass success rate of just 70.9% in the league so far, creating no big chances in that time. (Stats courtesy – Premier League)

Though he hit the woodwork once, the Iran international has averaged a poor 30% shot accuracy in the league. He has also committed a total of 11 fouls, needlessly giving away free-kicks in dangerous areas. (Stats courtesy – Premier League)

It could be another case of a potential talent coming all the way to England only to find out he is not capable of plying his trade in the Premier League. The failure could also be due to the fact that the Iran international often thrives when played through the middle.

Read more: Brighton’s decision to complete a fresh deal for 100-goal veteran is surely a step in the right direction

Nevertheless, Brighton seem to have made a mistake in paying big to lure Jahanbakhsh to the Amex Stadium. They do tend to struggle to find the back of the net at times, scoring just 13 goals in 12 games this season, with Alireza Jahanbaksh not playing a role in any of them.