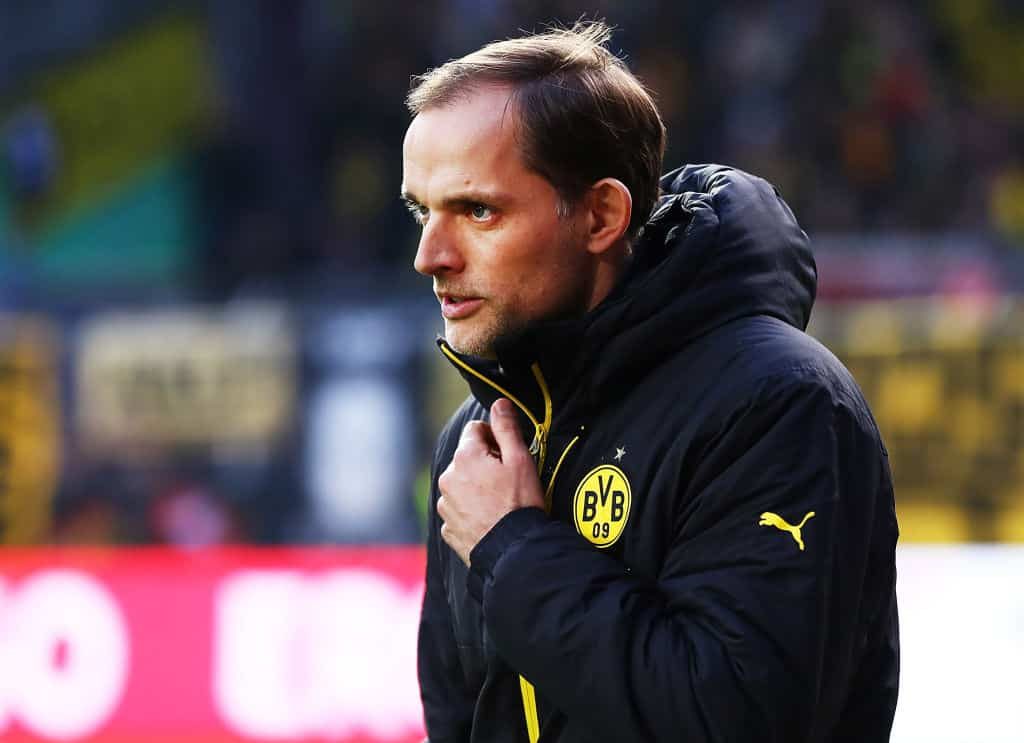 Former Borussia Dortmund head coach Thomas Tuchel is all set to replace Arsene Wenger next season as Arsenal prepare to sack the Frenchman at the end of the season, according to latest reports.

The London giants have been one of the most disappointing teams in the Premier League this season. Currently dawdling at 6th position in the table, the Gunners are destined to miss out on Champions League football for the second season in a row unless they manage to win the UEFA Europa League this campaign.

This has forced the Arsenal management to consider a replacement for head coach Arsene Wenger and if reports are to be believed, Thomas Tuchel has been tipped as the next boss for the Londoners next season.

Following his sacking from Dortmund at the end of last season, Tuchel has so far remained put on his managerial career, rejecting offers from Bayer Leverkusen and Bayern Munich. Some reports also believe that the German mastermind is apparently willing to move abroad in order to coach in the Premier League.

But that being said, what changes will he bring to the table if he takes charge of Arsenal this summer?

During his time with Borussia Dortmund, the 44-year-old always embraced possession-based football. In fact, Tuchel has been known to follow Pep Guardiola’s Juego de Posicion style of football, which focuses on generating numerical superiorities by set patterns of movements, proper spacing and connections among attackers as well as ball-retention, in general.

Therefore, Arsenal aren’t expected to change much of their game-play considering the fact that Arsene Wenger too focuses on possession-based football. However, that being said, the Gunners might revert to a 4-1-4-1 formation, with Granit Xhaka being deployed as the deep-lying playmaker, much like what Julian Weigl does for Dortmund.

In the attacking third, Tuchel will have the option to choose from the likes of Mesut Ozil, Henrikh Mkhitaryan, Pierre-Emerick Aubameyang, Aaron Ramsey, Jack Wilshere as well as Alexandre Lacazette. Ramsey is an ideal playmaker in the middle third of the pitch. His excellent ball-carrying abilities will help him thrive in half spaces, while the likes of Henrikh Mkhitaryan and a new winger, could add the much-needed thrust on the flanks. Mesut Ozil, however, may shift into a more central role as Tuchel could definitely use his vision to boost Arsenal’s creativity in the final third.

Ozil’s excellent link-up play with Mkhitaryan and Aubameyang will also help the Gunners’ progression in the attacking areas. Gabonese international Pierre-Emerick Aubameyang could be given the nod ahead of Alexandre Lacazette, largely due to his impressive goal-scoring prowess as well as a brilliant one-touch play.

In defence, Hector Bellerin would be a key part of the club’s long-term future. The Spaniard has the pace and technical abilities to emerge as a real force in Tuchel’s backline, which often plays a key role in his team’s build-up play.

So if Tuchel takes over at Arsenal, he would have the kind of players to suit his style of play. This would save millions of money for Arsenal and I wouldn’t be suurprisuif these reports turn out to be true.