Manchester United got the better of Manchester City on Wednesday night in their EFL Cup round of 16 clash. The Derby came at a time the Red Devils needed a breather following a series of poor results in the league, with Sunday’s 4-nil loss at the Stamford Bridge the heaviest of their recent blows.

And there wouldn’t have been a better way to get back on their feet than coming out tops against such bitter rivals. Definitely not one of the most entertaining Derbys given the gulf in quality as Pep Guardiola chose to field a lot of his fringe players, it was however, a keenly contest affair, and Juan Mata helped secure a crucial win for the hosts in a game that had very few chances.

Manchester City failed to register a shot on target in the game, the 1st time that has happened since 2012. Mourinho’s side, however, registered just 2 shots on target, and the one that resulted in the game’s only goal came from an unlikely source.

While Mata isn’t the most prolific midfielder there, having hit double figures just twice in his 11-year career, he has the record of influencing games with his overall attacking contributions, be it with crucial goals, assists, 2nd assists or chances creations.

47 – Only Wayne Rooney (58) has been involved in more goals for Man Utd than Juan Mata (29 goals, 18 assists) since his debut. Influence.

Since making his debut in the Manchester United Jersey in January 2014, Juan Mata has had a hand in 47 of United’s goals till date (29 goals and 18 assists), only the side’s skipper Rooney (58) has made more contributions in this regards within that time frame.

Since the start of the season, Mata has played 7 league games but hasn’t completed any of his 5 starts. Yet he has shown how important he can be to the team’s success with his offensive contributions. Despite his limited playing minutes, he has created 7 chances, scored 2 goals and registered an assist.

His presence in the lineup has the tendency of providing Manchester United the needed attacking verve, and how worse things would have gone for them without Mata’s influence is anyone’s guess. 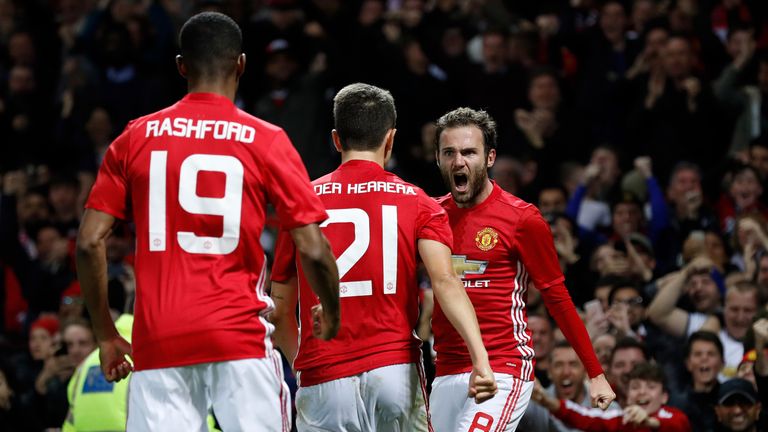 The 28-year-old has completed over 220 passes with a 90% accuracy behind them, and his shot accuracy is at 88%. To say the Spaniard is the best attacker in the current Manchester United ranks will be an understatement, and it’s more surprising that he has being in a great form in recent times under Jose Mourinho.

He has convinced the Portuguese of his quality despite many predicting that his arrival would spell the end of Mata’s Manchester United career.

His versatility at being able to play on the right wing just as good as he is able to through the middle has come very handy, and Jose can’t turn a blind eye to his quality. He couldn’t, and can’t afford to.

Juan Mata has shown he has a big role to play in United’s title ambitions this season and will continue to be the major factor behind most of their attacking success and exploits in the final third.

The ease with which he is able to lay the right pass to the right man at the right moment, and also start off the moves that result in chances creation is parallel to none. Suffice to say he will be a very important figure for United this season, and if fielded properly and more, Mourinho will reap the fruits.