After a successful 2018 World Cup with Tunisia where he registered 2 goals and 2 assists, Wahbi Khazri has hit the ground running in the Ligue 1. Having accumulated 9 goals and an assist from 16 appearances for St. Etienne, the 27-year-old is one of the hottest properties in the French top-flight.

A youth product of Bastia, Khazri was a seasoned campaigner for his boyhood club from 2009 to 2014, amassing 31 goals from 171 appearances in the league. The Tunisian International signed for French giants Bordeaux in 2014 and shifted bases to the English Premier League with Sunderland in January 2016.

Khazri was a regular for the Black Cats in the second half of the 2015/16 season and accumulated 2 goals and an assist from 14 appearances. However,  he struggled to make an impact in the following season as Sunderland were relegated from the Premier League. 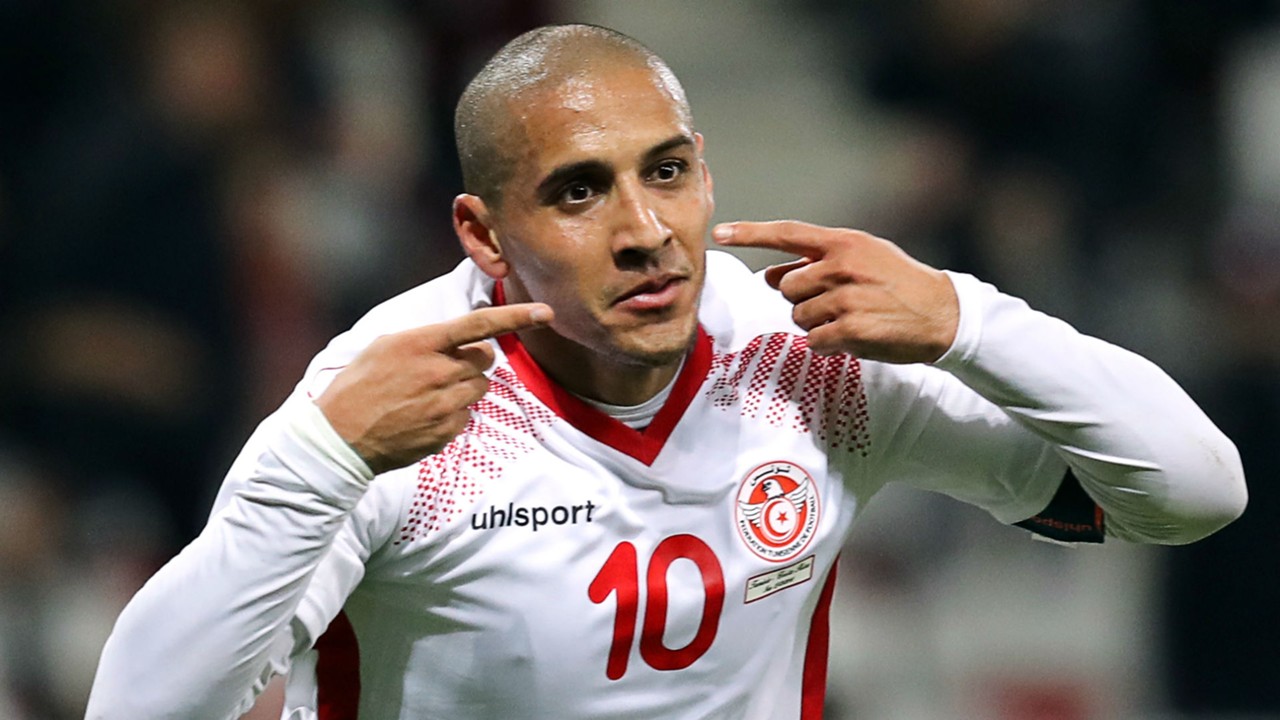 The 27-year-old joined Ligue 1 club Rennes on loan for the 2017/18 season and rediscovered his mojo. Khazri signed permanently for St. Etienne at the start of the current season after Sunderland were relegated to League One.

Standing tall at 6ft., Khazri is not a physically dominating attacker but he has considerable upper body strength which allows him to be comfortable in contact situations. However, his main attributes are his sharpness, agility, vision and the eye for goal.

A dynamic and versatile attacker, Khazri is essentially a central attacking midfielder by trade but he has also been deployed on either flank as a wide playmaker and also as a supporting striker. He has largely been used as a centre-forward this season due to his incredible goal-scoring ability.

The Tunisian has a sound technique which allows him to keep good close control in tight situations and a sumptuous first-touch helps him create space for himself. He can draw the defenders out from their positions with his nimble footwork and silky dribbling. Khazri combines tactical awareness with his vision to play his teammates in behind the backline and his eye for goal makes him a potent threat in and around the penalty box.

Furthermore, he is a good reader of the game and contributes a lot with his work rate and pressing off the ball.

To put things into perspective, Newcastle should make a move for the Tunisian attacker in January to solve their No. 10 woes. Rafael Benitez’s men had a disastrous start to their season but the Magpies have resurrected their campaign with some crucial victories in recent weeks. Newcastle currently sit 15th in the standings, five points clear of the relegation zone.

However, they still have a lot of work to do if they are to avoid the drop this season. Newcastle’s resurgence has been led by on-loan sensation Salomon Rondon, who has chipped in with some valuable goals. Winger Jacob Murphy, Matt Ritchie and Robert Kennedy have done a decent job but a lack of creativity in the central areas of the pitch has been quite apparent.

Read More: This on-loan Chelsea starlet would be the answer to Newcastle’s goal crisis – Rafa must push for this deal

That is exactly where someone like Wahbi Khazri would fit into the team. A player of his calibre can inject creativity into Newcastle’s attack.

That said, they should start keeping tabs on him ahead of the January transfer window.