Why Tottenham should sign Amadou Haidara to replace Mousa Dembele

As per the Sun, Tottenham midfielder Mousa Dembele is heading for the exit door with no agreement taking place between the two parties to extend the Belgian’s stay.

The player has been linked with many big clubs in European football, namely Inter Milan, but according to the report, the midfielder will leave the Premier League and join a club in China or the Middle East.

Therefore, it is imperative that the north London club replaces such a talented player with someone who can match the qualities possessed by Dembele.

Here’s why Mauricio Pochettino and his men should keep close tabs on midfield sensation Amadou Haidara and pursue the signature of the Malian sooner than later:

Amadou Haidara was a breakout star for Red Bull Salzburg last season, performing at the highest level and making significant contributions in the Austrian side’s incredible run to the Europa League semi-finals. 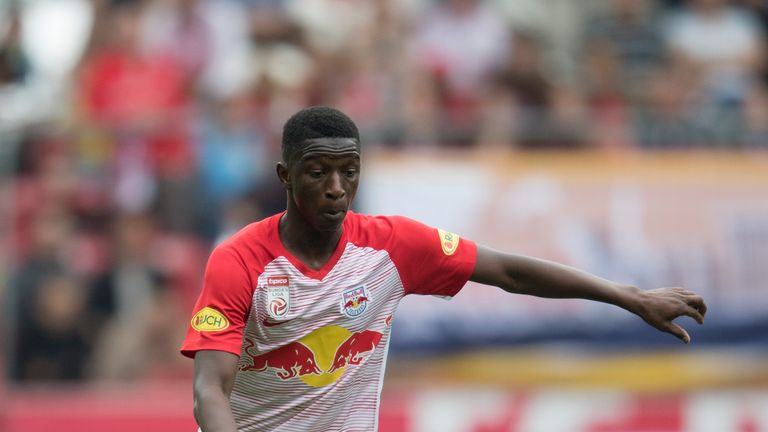 The 20-year-old hasn’t slowed down since then, and has further upped his game this season. He is one of the key players at the club, showing the kind of attitude, talent and determination on the pitch to be successful in the game.

Generally a central midfielder, Haidara can operate as a wide midfielder or as a defensive shield in front of the back four. He has netted two goals and supplied four assists in 12 league appearances in Austria.

In Europe, the Malian scored a goal and provided an assist in four games, possessing a pass success rate of 87.3%. He supplied key passes on an average of 1.5 per game in this competition, a superb return from a deep-lying central midfielder.

The 20-year-old is an excellent reader of the game, possessing the qualities to make tackles and interceptions at the rate of 2.5 and 2.3 respectively, to break down the opposition attacks. (Specific numbers are of Europa League games)

All in all, Haidara is an all-action midfielder who is not far behind the abilities that Mousa Dembele displayed for Spurs in the last few years. Hence, if the north London club are overseeing the departure of the Belgian, they should keep a close eye on Haidara and make an offer sooner than later.

Read More: Tottenham Hotspur should go all out to sign this 25-year-old midfield star with £16m release clause

Furthermore, Pochettino likes to work with young players who are extremely talented and Haidara comes into this category without a shadow of a doubt.