Why Tottenham should make a January swoop for Sebastien Haller

The Frenchman joined Frankfurt from Utrecht in 2017, having smashed 55 goals in 102 games for the Dutch club, and he enjoyed a strong first season in Germany with 13 goals in all competitions.

Sebastien Haller has started this season in blistering fashion. He has hit 8 goals and assisted 7 times in just 13 games this season, establishing himself as one of the top centre-forwards in the Bundesliga.

Haller’s rich vein of form has made him a man in demand ahead of the winter transfer window, with Tottenham interested in signing him. But should Spurs make a move for the 24-year-old in the New Year?

Tottenham might have made their best start ever in the Premier League but are still short of quality to challenge for the league title. Mauricio Pochettino failed to sign players in the summer transfer window and that has left him to work with last year’s squad.

But that simply cannot be the case when the transfer window reopens if Pochettino is aiming to challenge for silverware this term.

For all the good work Pochettino has done at the club, he is yet to win silverware. Titles and trophies define a manager’s pedigree and in that case, Pochettino is yet to taste success in north London.

With the likes of Manchester City, Chelsea, Liverpool and Manchester United spending an insane amount of money to get the best players, Spurs have to be ambitious too. And if they are to make a statement of intent midway through the season, the club must sign Sebastien Haller, who is rated at around €20m to €30m.

Haller started his career with Auxerre, and also represented FC Utrecht before moving to Frankfurt in the summer of 2017. The Frenchman has quickly become one of Bundesliga’s stars, leading to attention from European clubs including Tottenham. 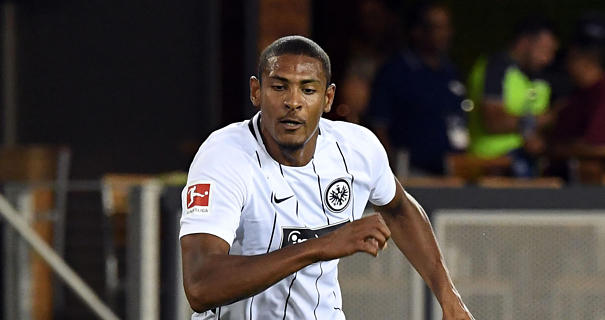 Haller is big, physical and is a prototypical centre-forward but with a decent turn of pace and agility. Standing at 6ft 3in, he can dominate defenders aerially and is a very tricky customer to deal with. The Frenchman is very good at holding up the play as well, creating chances for his teammates and is equally reliable at defending set-pieces too.

There are no second thoughts that Spurs need another option in the attack to complement Harry Kane, and Haller would be a smart signing. He would add quality and depth to the squad while also being an upgrade on the ageing Fernando Llorente who has disappointed since joining Tottenham from Swansea City last summer.

Read more: Tottenham Hotspur should go all out to sign this 25-year-old midfield star with £16m release clause

Frankfurt will be desperate to keep hold of Haller, but Tottenham must blow the German club out of the water with an ambitious bid in January.