According to a report in Scotsman, Scottish champions Celtic have made an enquiry for Fortuna Sittard midfielder Mark Diemers to make a possible move during this transfer window.

However, they are not alone in this race, with Freiburg, Hamburg, Mainz and Gent also being linked with the player along with big Dutch clubs. (h/t Scotsman)

The 25-year-old had a great season in the Dutch Eredivisie, scoring seven goals and providing seven assists for his club, who just about manage to beat the drop. Diemers’ current contract runs until the summer of 2021. However, as per the report, the attacking midfielder expects interest from clubs this summer, which may force him to make a decision for the future. (h/t Scotsman)

Here’s why Celtic should beat others in this race and sign the 25-year-old during this transfer window:

Diemers could add extra creativity to the team

Mark Diemers is a versatile midfield player, who can operate in various positions, starting from attacking midfield to defensive midfield. He is Dutch-styled player, who likes to take control of the ball at any spot and make use of it in the right way. 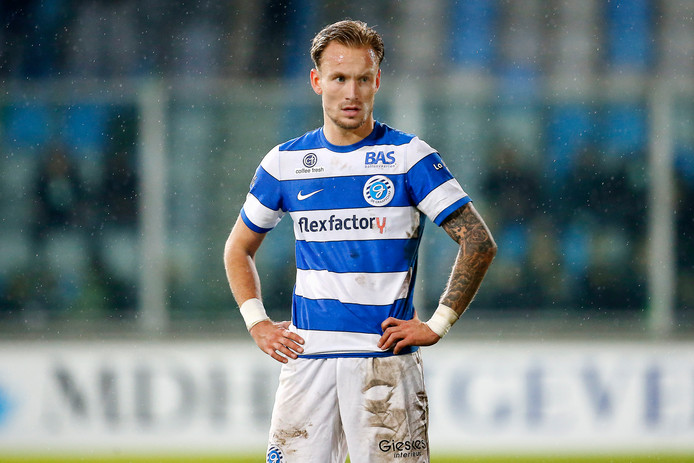 Regardless of which position he operates in, the 25-year-old is a very good passer of the ball. He produced key passes at an average of 2.5 per game this season, which is impressive, to say the least. (Whoscored)

The Dutchman is also very good at delivering quality balls into the box from set-pieces. Without the ball, he possesses the required work rate to close the ball down, win back possession and make the transition very smooth.

Celtic could really do with a player like him in their squad. They are close to winning the domestic treble one more time, but they have been close to mediocre in European competitions.

Playing those big games in Europe requires players who are bold on the ball and can take risks to open up the opposition. Hoops don’t have that style of player in their squad, Diemers could be that man.

Hence, it is a no-brainer that the Scottish champions make a move for the midfielder this summer.