A recent report from The Sun has stated that Cardiff City are harbouring an interest in Crystal Palace midfielder James McArthur.

The 30-year-old has been a key part of the Eagles’ good fortunes over the recently concluded season. His experience and power in the midfield area can truly benefit Neil Warnock’s side but Palace must fight tooth and nail to prevent him from leaving Selhurst Park this summer.

Palace have been through a rollercoaster of ups and downs in recent times but with Roy Hodgson running the show, they managed to climb out of the dredges of relegation and secure a respectable 11th-place finish.

Over the course of last season, McArthur played 35 times in all competitions for Palace and he scored 7 goals along with providing an assist. In addition to that, the midfielder also managed to create a total of 16 chances in 32 Premier League appearances which is quite a decent number for a defensive midfielder.

Interestingly, McArthur’s ties with Warnock date back to 2014 because that’s when the manager brought him to Selhurst Park from Wigan Athletic.

Hence, it comes as no surprise that Warnock is keen on signing McArthur now, particularly with Premier League season awaiting Cardiff. To inspire and hold the current Cardiff side together, a player like McArthur could certainly help.

Although McArthur has two years left on his existing contract with Palace, there have been clubs circling around for his signature.

Cardiff is, of course, one of them but The Sun claims Aston Villa and Rangers are also interested parties. 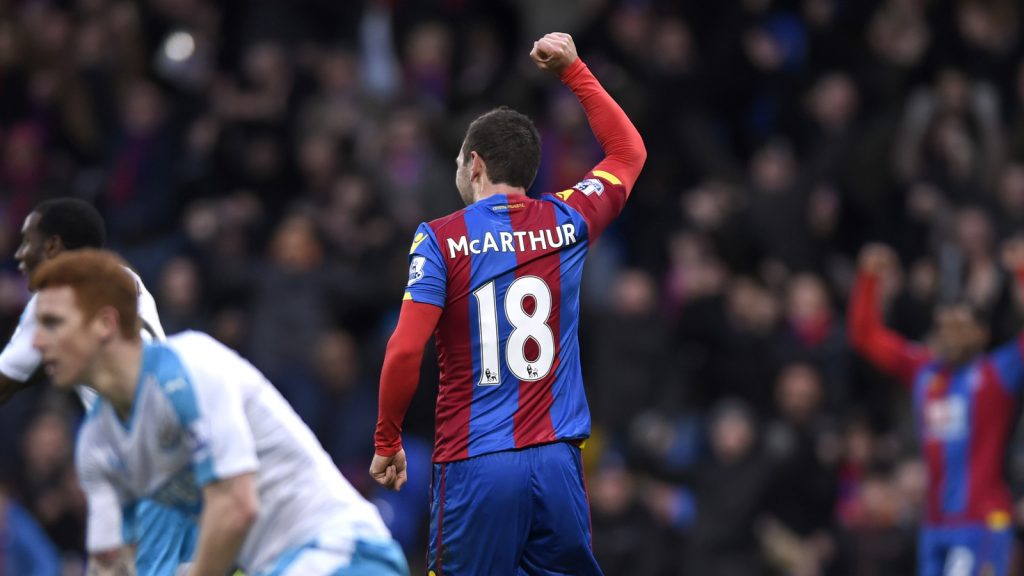 However, McArthur’s own words in a recent interview might come as solace for some Palace fans. As quoted by Football London, the Scottish midfielder affirmed his loyalty to the Eagles by claiming that he is a Palace player and he loves it there.

That can bring about temporary relief but if Hodgson’s men are to harbour higher aspirations for the new season, they must retain McArthur’s services. After an 11th-place finish, Palace must focus towards breaking into the top-10 next term and the 30-year-old’s contributions will prove to be vital.