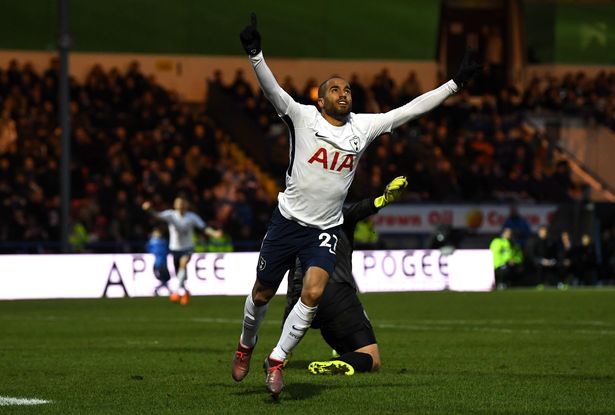 Lucas Moura, despite all his talent and potential, simply could not make things work for himself at Paris Saint-Germain and a move was what he needed desperately to revive his career. In swooped Tottenham Hotspur last month and offered him a lifeline, following which he completed a highly-anticipated £23m move to the North London side.

Although there was interest from other clubs, Tottenham seemed like the ideal fit and Moura seemed tailor-made to work well with Mauricio Pochettino’s men. And we all got a glimpse of that as the club played their most recent match against Rochdale in the FA Cup and Moura was handed a start.

The rest of the team might have been far from their best but Moura was by far their best player on the field. He was commanding, strong, creative, agile and did everything he could to convince Pochettino to hand him a regular starting spot from here on.

Moura even netted a goal and was quite an influential player on the field throughout the game and a look at his stats will certainly help illustrate the same.

He completed 7 dribbles and won 5 headers while boasting of a pass success-rate of 84% and even completed 2 tackles. These numbers are better than most of his teammates’ by a mile and Spurs fans are likely to be happy with what they have seen.

As mentioned earlier, Moura’s natural game fits Tottenham’s tactics and style of play, making it an ideal match and the results are quite evident on the field. He was unstoppable and probably the only Spurs player to relentlessly attack the opposition.

Rochdale 1-0 Tottenham HT: Lucas Moura completed 5 dribbles in the first half, as many as the rest of his teammates combined https://t.co/0DNq7tnWI2 #FACup pic.twitter.com/5s1elL98yh

As per this tweet from WhoScored, Moura completed 5 dribbles in the first-half, which was the total of what his teammates put up combined. He was quite a dynamic option and considering the fact that the competition is only set to heat up from here on, having Moura in the ranks could prove to be a game-changing option for Spurs. Fighting for a Champions League spot will be a top priority for them and from what we have seen, Moura can certainly help them do that.

In fact, one might even go as far to say that Tottenham would not have managed to secure the draw had it not been for the former PSG star’s impact. All in all, it was a highly satisfactory and solid display from Moura and there is absolutely no doubt that he will be a key player for Spurs for the remainder of the season.