Chelsea must aim to get some quick business done after the arrival of Maurizio Sarri delayed matters by large. The new manager has subsequently brought in the likes of Jorginho and Robert Green since his arrival. However, the Blues should complete at least two more transfers in order to keep up with their rivals.

The Blues looked impressive in Sarri’s first two games in charge. But there’s not much time before the transfer window shuts and he should focus on bringing in some new additions.

As per reports, Chelsea have shifted their attention to Inter Milan’s midfielder Matia Vecino. Sarri has identified the Uruguayan as an ideal option and the club are ready to lure the player to the Bridge. 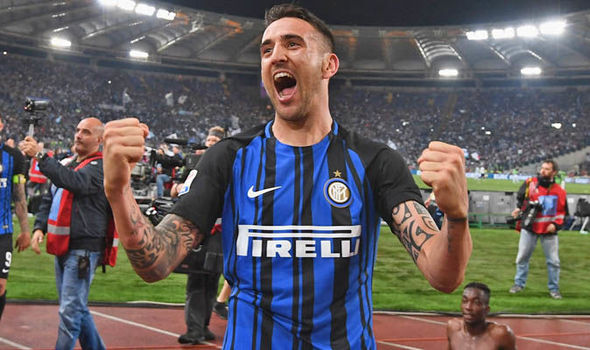 Inter are said to have slapped a £32million price tag on the player, meaning Chelsea must break the bank to sign him. The 26-year-old has previously played under Sarri during their time together in Empoli. He has since gone on to establish himself in Inter Milan’s main squad, becoming an important figure at the club last season.

His impressive performances also saw him receive a spot in Oscar Tabarez’s World Cup squad. Vecino played every single game for Uruguay in Russia, establishing himself as an influential member of the squad.

The 26-year-old made a total of 29 appearances in the Serie A last season, scoring 3 goals and providing 2 assists in that time. He is generally deployed as a central defensive midfielder who likes to sit in front of the two centre-backs. Vecino is also capable of slotting into a central midfield role. 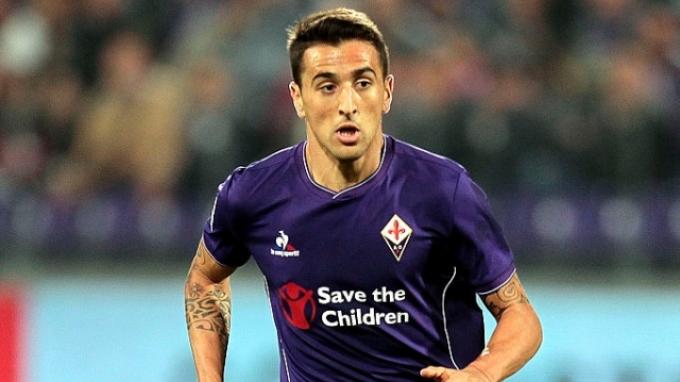 He was one the pass masters in the Serie A last season. The Uruguayan averaged a pass success rate of 88.3% in the league while recording an average of 83.8% at the World Cup. As far as Chelsea are concerned, Vecino will bring in a sense of stability and cohesion in the middle of the park.

He possesses the work rate of a stallion, covering the defence brilliantly. The Uruguayan also possesses impressive distribution skills in the midfield, often playing a huge role for Inter on the counter. He was also impressive for the national team in Russia, playing a crucial role in their group stage progression.

Chelsea midfielder Tiemoue Bakayoko failed to hit the mark last season and Sarri could sign Vecino to take his place. The manager has already brought in Jorgino but Vecino’s arrival could provide further depth and strength in the middle of the park. Hence, the Italian should certainly go for the Uruguayan.