According to the Express, Chelsea are interested in signing Lyon playmaker Nabil Fekir in January as Maurizio Sarri weighs up his options heading into the transfer window.

Along with Christian Pulisic and Gonzalo Higuain, Fekir is one of the players that Sarri has shortlisted in his bid to bolster the squad (h/t Express).

Liverpool agreed to terms with the Frenchman and came close to signing him in the summer but a deal fell through due to concerns over the player’s fitness (h/t Express).

A youth graduate of Lyon, Fekir was promoted to the senior team back in 2013 and has established himself as one of the hottest properties in Europe in recent years. The 25-year-old creative ace has accumulated 63 goals and 41 assists from 170 appearances across all competitions for Lyon.

Standing at 5ft 8in with a stocky frame, Fekir has never been a player who can dominate the opposition with his physicality but he has considerable upper body strength which allows him to drive his way past the defenders. Going by his stature, he looks more like a South American with a low centre of gravity and his style of play also resembles the same.

Blessed with an excellent technique, Fekir combines his low centre of gravity with his technical abilities to keep exceptional close control in tight areas, making it look as if he runs with the ball glued to his feet. A tactically versatile attacker, the Frenchman is not only tailor-made for a No. 10 role behind the striker but can also play on the flanks or as a centre-forward.

An intelligent footballer, Fekir has a good turn of pace and his ability and sharpness coupled with his mesmerising dribbling skills allow him to terrorise the defenders in the final third. However, he has a lot more in his repertoire of skills.

A player with a high level of tactical awareness and incredible vision, Fekir likes to keep probing away at the opposition with his short quick passing and creates space for himself with sharp turns. He knows how to use the ball well and his perpetual movement in the final third makes it a near-impossible task for the defenders to mark him.

To put things into perspective, he has all the attributes to become a marquee signing for Chelsea in January. In fact, a player of his calibre can turn the Blues into realistic title contenders.

Maurizio Sarri’s men have relied heavily on Eden Hazard and Pedro to deliver the goods. The failure of Alvaro Morata and Olivier Giroud to hit the ground running has forced the manager to deploy Hazard in a No. 9 role in his 4-3-3 formation. Willian hasn’t had a great season so far, putting more responsibility on the shoulders of the Belgian. 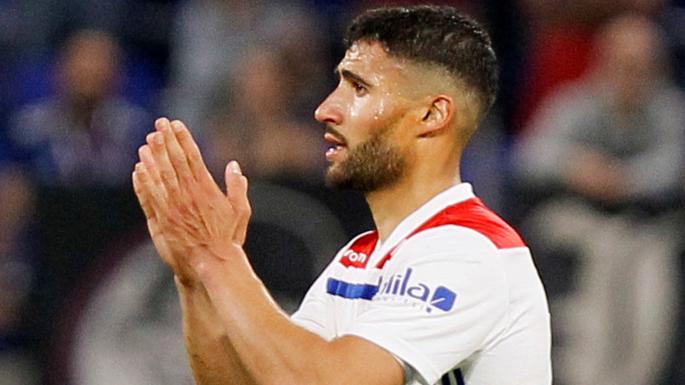 A player like Fekir has the dynamism in his game to adapt to Sarri’s free-flowing possession-based football and the Frenchman is at his very best when given a free role in the final third.

With Chelsea in dire need of attacking reinforcements in January, Nabil Fekir can well be the answer to their woes and the Blues can bag a massive coup by snapping him up.