Why Arsenal should recall Reiss Nelson in the January window

Reiss Nelson signed a new deal with Arsenal in the summer before moving out on a season-long loan to German club Hoffenheim. The youngster’s future was in doubt as he entered the final year of his contract last season. There were no new agreements on terms, leaving him in a spot where he could have left the Emirates Stadium. (ESPN)

However, as is the case, the 18-year-old signed a new long-term contract with the club and went out on loan to Germany to get more game time and experience. Emery said that a year spent in the Bundesliga would help the teenager to grow as a player. (ESPN)

And given the way Nelson has played at Hoffenheim, one should wonder why Arsenal loaned him out in the first place. The versatile attacker has netted 6 goals in 7 league appearances (three appearances from the bench).

The good thing about him is that he can play as a striker, as an attacking midfielder or on either wing as he possesses the pace to trouble the defenders.

The 18-year-old attracted attention when he scored a world-class goal for Hoffenheim in their impressive 4-1 against Bayer Leverkusen away from home. The loanee from Arsenal started that game as one of the two strikers.

According to Daily Express, the Arsenal fans were surprised by the quality this youngster has shown in the past two months and are demanding the club to recall him in the January window.

Well, the way he has been performing so far and impacting games, Unai Emery has a decision to make when the winter window opens. The Spaniard likes to trust young players and give them opportunities to excel at the top level; Matteo Guendouzi is an example.

Nelson has probably surpassed the expectations by showing his talent on a regular basis in Germany. The Arsenal manager should be contemplating long and hard to bring one of their own back and provide him the game time required to develop a player in the Premier League.

Given that Danny Welbeck has suffered an unfortunate injury which is set to keep him out for the season, it would make sense for Arsenal to consider bringing the talented Reiss Nelson back from his loan spell. 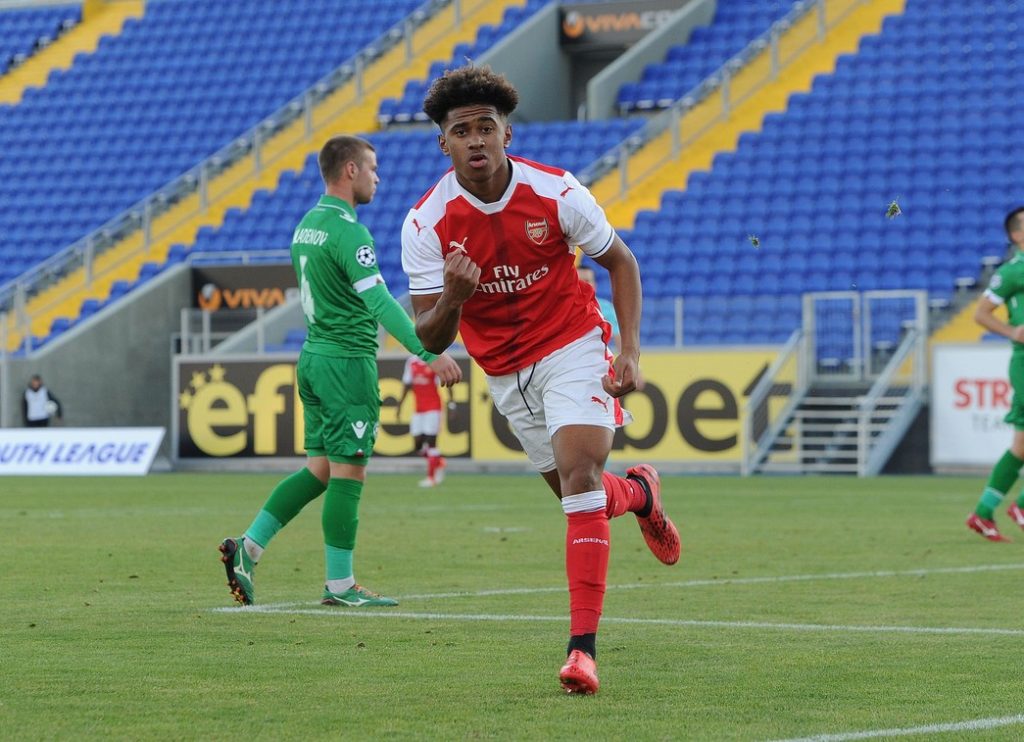 The youngster has pace and can play in the wide areas if required. Gunners do have a shortage when it comes to having wingers in their squad and they can fill that void by recalling the 18-year-old.

Read More: Arsenal should not hesitate to raid London rivals and sign this 27-year-old creative wizard

Hence, the north London club should really think about bringing Reiss Nelson back to England in the January window.