Arsenal and Liverpool played out an entertaining 1-1 draw at the Emirates on a fantastic evening in north London. The visitors took the lead in the second half through James Milner, but Alexandre Lacazette scored the equaliser eight minutes from time to earn a deserved draw for Unai Emery’s men.

It was a collective performance from the Gunners, who looked good throughout the game against one of the title rivals. They pressed hard, harried the Liverpool players and passed the ball with incisiveness and purpose.

The 4-2-3-1 formation with which Emery plays had two heroic midfielders operating on Saturday. Both Granit Xhaka and Lucas Torreira were colossal for the home team on a consistent basis. They were cutting down the supply lines, tracking runs dutifully and also passed the ball forward to cause trouble to a water-tight Reds defence.

Let’s pick out Torreira and see how he performed against a tough opposition. Furthermore, we will use some important stats to justify the fantastic display from the Uruguayan: 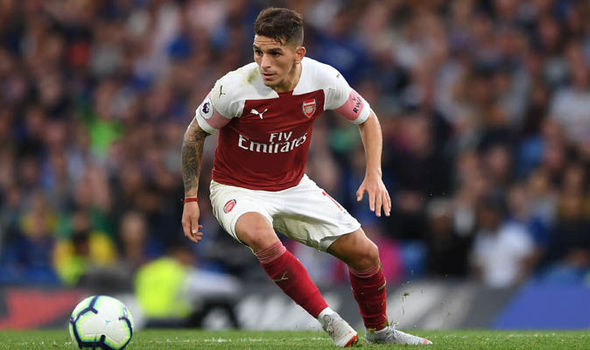 First up, the ground covered by the 22-year-old was ridiculous, to say the least (as shown in the heat-map below). He was everywhere in the central areas, closing down people and tracking vital runs from the opposition midfielders.

To add to that, the midfielder was even better on the ball, making forward passes and driving the team. 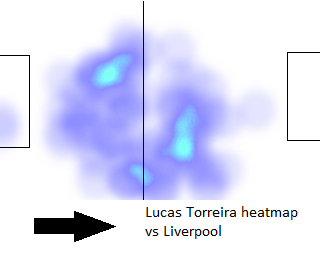 He completed 57 passes with an accuracy of 89%, which is pretty incredible. He attempted six long balls and succeeded in picking out a teammate on four occasions. The Uruguayan was never dispossessed in the game, meaning that he was extremely secure in possession; a delight for the manager.

Torreira was decent off the ball as well, with a tackle success rate of 100% (two out of an attempted two), made one vital interception, blocked one shot and made two clearances.

Hence, it is pretty clear from the above stats and the heat map that the 22-year-old is a perfect player for this Arsenal team. He is comfortable playing in a midfield pivot alongside Xhaka and covering the ground, which also helps the Swiss international.

Read More: Arsenal should not hesitate to raid London rivals and sign this 27-year-old creative wizard

For many years, the Gunners have needed a destroyer in the midfield. They required a player to just break up the opposition plays and drive the team forward. In Torreira, the north London club have got exactly that, which is why we are seeing them progress very well this season. It is a testament to their scouting department.