Why Everton should sign Thorgan Hazard in January or next summer

According to Footmercato, Everton and Leicester City are both interested in buying ex-Chelsea player Thorgan Hazard from Borussia Monchengladbach.

Big European clubs including Atletico Madrid, Valencia, Inter Milan and Sevilla are also keeping close tabs on the player. Lucien Favre is also closely watching the development of the forward and could sign him for Borussia Dortmund.

Hazard was loaned out to Germany by Chelsea in 2014 and the London club had a buy-back clause attached to get him back after a year. But they decided not to use that and let the player leave on a permanent basis. As a result, the 25-year-old has been at Borussia Park since and is an emerging talent in the Bundesliga.

Everton have made a half-decent start to the season under new manager Marco Silva but they still lack creativity and goals. Hence, they should sign Hazard, if not in January, then in the summer for sure. 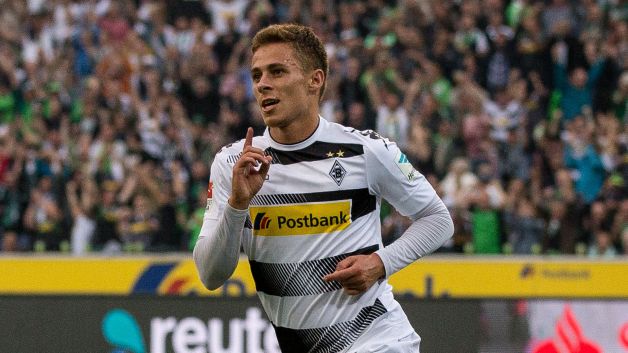 Hazard can be a difference-maker

Thorgan Hazard has been in great form this season in the German league. The Belgian can play in various positions across the front-line.

The 25-year-old is at his best when he is deployed in a narrow forward line, positioned on the inside left or the inside right, close to the striker and targeting the space between a centre-back and a full-back.

From there on, he tends to create chances and get into scoring positions more often than not. The forward has netted five goals and provided three assists in nine Bundesliga games this season. He is a part of the team who are third in the league table and are looking good in the attack.

It is not a surprise to see the growing numbers of a player who wasn’t needed at Chelsea after arriving at London in 2012.

Everton should go all out to buy Hazard rather than thinking about the ifs and buts. Thorgan is a classy player who can be a difference-maker at Goodison Park.

Along with Richarlison and Gylfi Sigurdsson, the Belgian can really thrive and fill the front-line with creativity, goals and clever movements to outfox the defenders.

Read More: Why Everton completing a £150k-a-week deal for this top PL star would be a big statement of intent

If not in January, then the Merseyside should make it happen next summer before any other potential suitor joins the race.