Brentford have started their season in an inspirational manner after picking up 11 points from their opening 6 games of the season. Dean Smith’s side have emerged as early contenders for one of the promotion playoff spots.

The Championship side picked up an important 2-1 win against Nottingham Forest before the international break started. The Bees have struggled to get going in front of goal over the last two games and that could be due to the absence of top-scorer Neal Maupay.

The French striker was handed a 3-game ban for his stamp on winger John McGinn, a game in which he scored 2 goals as Brentford shared a point with the Villans. Despite his 3-game ban, Maupay has been in stunning form so far. (Sky Sports)

He has looked good in all aspects and loves to terrorise the defenders on the field. French strikers are often known to be prolific and clinical in front of goal. Maupay is a prime example of this, twisting and turning before slotting home a fine finish.

The 22-year-old has scored 5 goals already, despite missing the last two games. He has emerged as a major contender for the Golden Boot this season. Maupay is calm and composed with the ball at his feet and loves to take on defenders.

He possesses blistering fast pace as well, often timing his runs behind the defence to perfection. He’s the kind of striker who ensures no goalkeeper is allowed a rest during games. In his first 4 appearances this season, the Frenchman has averaged a total of 3.3 shots per game. (Stats Courtesy – Whoscored) 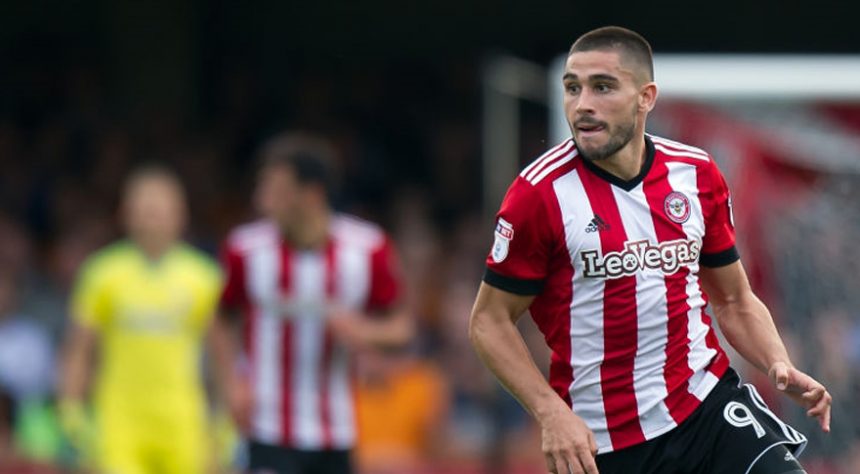 Maupay is also excellent with his passing, boasting a pass success rate of 83.1% so far. He also averages 2.3 key passes per game. What makes him an exceptional striker is his ability to turn into a provider as well. Maupay is a smart and unselfish striker who tries to pick out his teammates. (Stats Courtesy – Whoscored)

Read more: Three Championship players who could make a name for themselves this season – including Aston Villa and Leeds United duo

As Brentford return after the international break to take on Wigan Athletic, Dean Smith will not be able to field Maupay as he completes his 3-game suspension. But there’s no chance the manager would drop his talisman in the following clash against Ipswich Town.

If Brentford are to have any chances of making to the Premier League, the Frenchman has to play a key role for the team this season.