Over the last many years, Arsenal have come to be known as a ‘nearly’ club. Having attempted to challenge for the Premier League for many years now, in all honesty, they haven’t even come close in a very long time. Their last 3 trophies have all been the FA Cup.

Looking at all these years, very few Arsenal players have stood out. After the transfer of Alexis Sanchez to rivals Manchester United in the winter window last season, Mesut Ozil was the only remaining truly ‘world-class’ player in the Arsenal ranks.

With the recent purchases of Alexandre Lacazette, Pierre Emerick Aubameyang and Lucas Torreira, the situation at Arsenal has changed drastically. For the first time in many years, they actually look like a team playing for each other rather than just players carrying out their manager’s instructions.

While most Arsenal fans seem happy, reports from The Independent claim that Unai Emery is looking to offload Ozil in the winter will send a shiver down the spine of many fans. Ozil has been an absolutely sublime servant to the football club despite his lazy-looking body language and sulky nature, having scored 41 goals and provided 73 assists.

His passing range and touch are incomparable. He has been a lone spark of quality in a rather average looking Arsenal side for many years now. Having stuck with the club and the manager through thick and thin, it would be morally wrong to sell arguably their most important player.

Still possessing unbelievable quality on the ball, he has scored so many and set up some great goals for this famous football club. Versatile, he can play down the middle or on the flanks. His best quality is his passing. 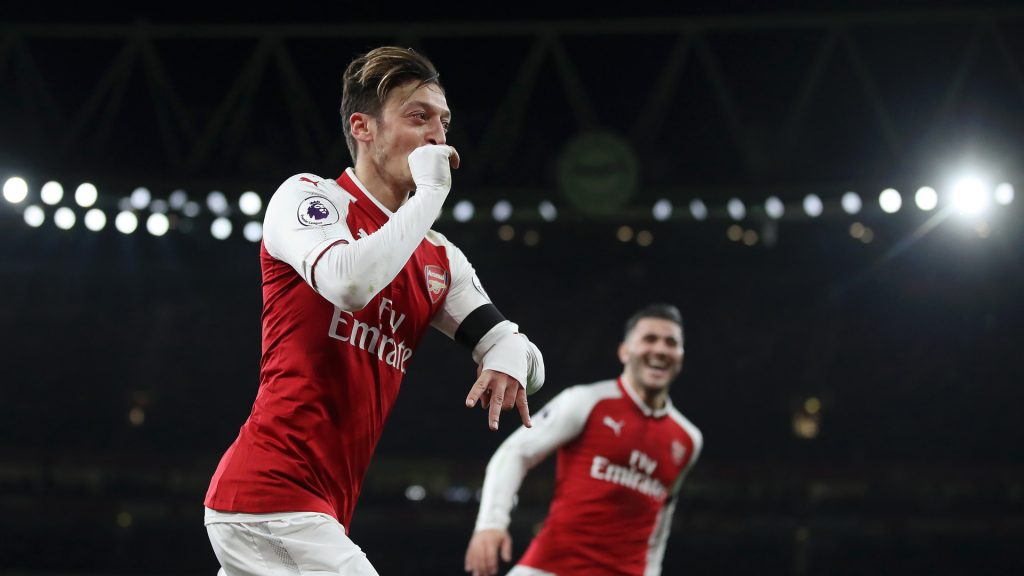 Ozil was probably looking forward to pushing for trophies under the refreshing guidance of a new manager but instead, he has been dealt with a tough hand as he hasn’t been getting any playing time, making it look like Unai Emery doesn’t seem to have a place for him in this new and improved Arsenal side.

Irrespective of how this Ozil saga ends, fans of the premier league will vouch for what a player he has been and thank him for all the happiness he has brought them. Ozil leaving Arsenal will end up being a massive blow to the core of this legendary football club and should be avoided at any cost.