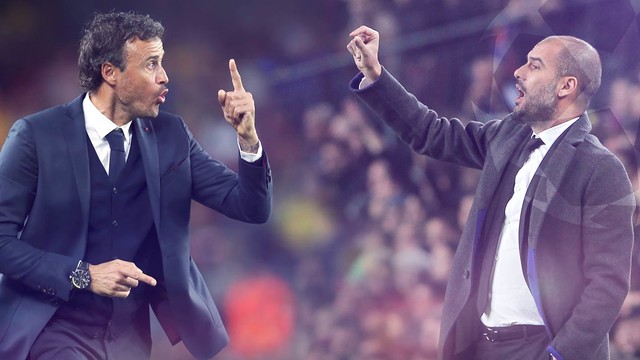 After recent bad results, Pep Guardiola goes to the Nou Camp facing his toughest test yet as Manchester City boss.

Here is the team that we think will be most suited to getting a result against the Spanish Champions.

The Manchester City goalkeeper has had a few questions asked of him in the Premier League so far this season. But in all fairness, it is renowned as a difficult place for foreign keepers to become acquainted. He will be relishing a return to his former team where he made 70 appearances.

The experienced Argentinian is a shoe-in at fullback in this match as Manchester City wait on Bacary Sagna to return from injury. He will need to use all his years of experience to combat the deadly Barcelona strike force.

With Vincent Kompany yet to return, Otamendi must step up and fill the shoes of the big Belgian as the experienced center half in the City ranks. And his task is a tough one.

Probably the biggest test yet for the ball playing youngster who moved to Manchester City in a big money move. He is known for his skill on the ball, but he must concentrate on the basics. This is probably one of City’s weakest positions, and there isn’t much to choose from between Kolarov and Clichy. However, Clichy is probably that bit better defensively and that will be more suited to a fixture where City may be required to defend for long periods.

Key player for Manchester City. Barcelona have lots of players who like to operate in the space between defence and attack, and it will be Fernandinho’s responsibility to protect this space in front of his back 4. He must then distribute the ball quickly and set City off on the counter.

A close call between him and the defensively minded Fernando, however against Tottenham the Fernando/Fernandinho partnership looked very poor. Gundogan’s passing from deep can turn defence into attack in an instant.

When Manchester City are in possession, it is vitally important that they make the most of it. David Silva is the man to unlock that Barcelona defence, and help them retain possession to get some much-needed rest from the Barcelona attack. One of the biggest goal threats for City on the night, and if they are to get anything from the game they may have to rely on one of his long range rockets to stun Barcelona.

He has looked revitalised since Pep joined City after a poor first season. His pace on the counter attack will be important as he looks to get behind Barcelona’s attacking fullbacks.

He has one job, and one job only. SCORE. Manchester City may not get a whole host of chances, and it is down to Aguero to make sure that if the opportunity arises, Barcelona are made to pay.