Crystal Palace succumbed to a 2-0 loss against Everton last weekend after two late goals from substitutes Calvert-Lewin and Cenk Tosun downed the Eagles. Roy Hodgson will definitely rue the missed chances, especially Luka Milivojevic’s tame penalty that was kept out by Jordan Pickford.

One player that once again stood out in the match was right-back Aaron Wan-Bissaka. The youngster was a delight to watch throughout the game against the Toffees. He was defensively solid and dealt with almost everything that came through his wing.

Wan-Bissaka has been a key member of Roy Hodgson’s side this season. He broke into the first-team two years ago. But it is this year that he has risen to prominence and has shown a meteoric rise in his performances. 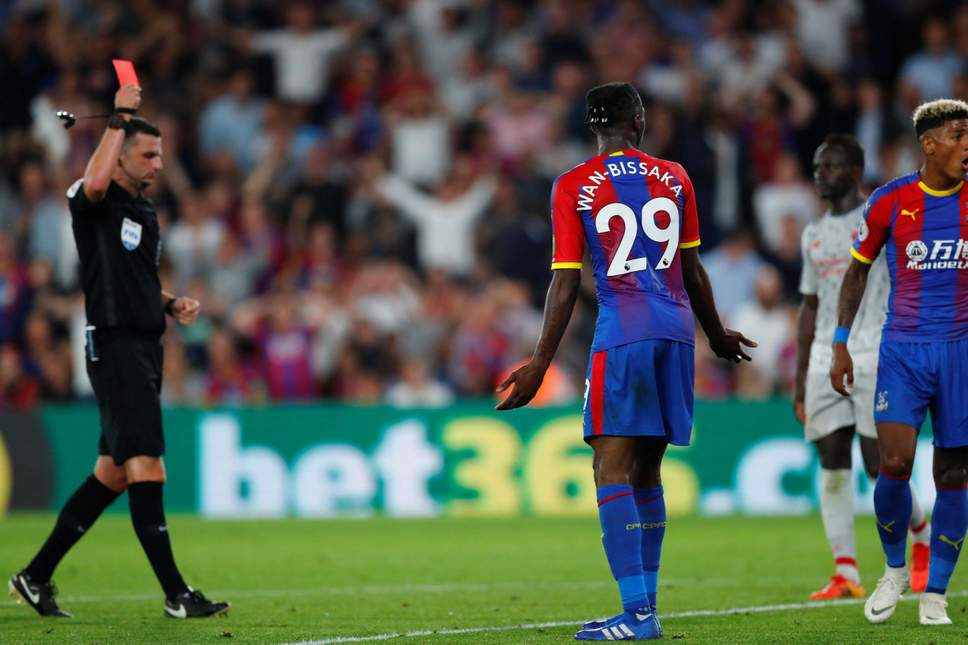 The 20-year-old missed just one game through injury but apart from that, he has been in the thick of the action for the Eagles. He has made a total of 35 tackles so far, averaging a tackle success rate of 74% in the league.

The Palace defender has also made a total of 44 recoveries and 30 clearances. Wan-Bissaka has proven to be a hard man to beat as well, using his pace and awareness to effortlessly take attackers out of the equation. (Stats courtesy – Premier League)

The youngster has also looked superb going forward for the Eagles. He has flourished playing on the right-hand side of Hodgson’s 4-4-2 formation this season.

Wan-Bissaka has been given the license to charge forward at will and the youngster has timed his runs well so far. He has picked up 1 assist in 8 games as well.

There’s no doubt he will soon recieve his first senior England squad call-up as well. Gareth Southgate has often been present in Crystal Palace’s games and will surely know he has a gem of a full-back at his disposal.

Palace must now aim to hand the defender a new long-term contract at the end of the season. A number of clubs are definitely going to circle around after his rapid rise to prominence this year.

Roy Hodgson must ensure he holds onto one of his best assets as the youngster is definitely going to play a pivotal role for the Eagles this season.