Brighton’s decision to part ways with Chris Hughton after the final game of the season came in as an incredible shock, especially after how well had managed the Seagulls over the last few years.

Hughton’s influence in bringing Brighton back to the Premier League was massive but a terrible run of results, which saw them win just two games since the turn of the year, almost cost them a place in the Premier League.

Brighton now have to look forward to a successful season in the Premier League and they have started off with the appointment of Graham Potter as their new boss.

Potter helped Swansea to a 10th placed finish in the Championship this season and Seagulls fans should be really excited about their team next season.

Here are three ways how Graham Potter can get a 10th placed finish with Brighton next season:

Brighton’s philosophy under Chris Hughton was termed negative on a number of occasions. The Seagulls seemed to play to not lose last season, which had a massive impact on some of their attackers’ performances. 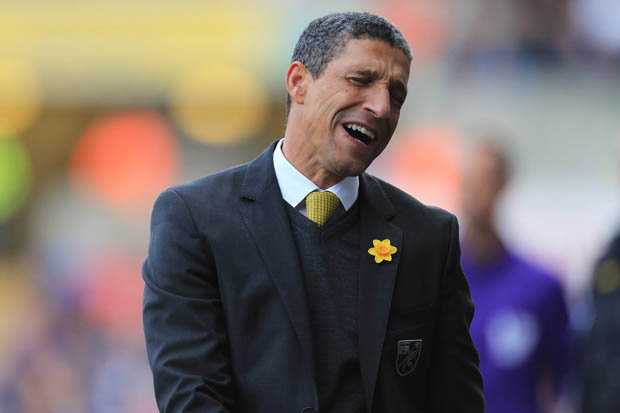 Potter should build on Brighton’s solid defence by inducing some flair to their squad next season.

The likes of Solly March and Anthony Knockaert have the individual ability to change games on their own and that combined with Glenn Murray’s clinical finishing can make Brighton a dangerous side next term.

Brighton’s biggest problem has been due to their lack of a natural defensive midfielder. Berem Kayal, Dale Stephens and Davy Propper have all tried their luck in guarding the backline but each of them have struggled against tougher opposition.

Potter should have a natural number 6, who specializes in breaking up play and helps in the transition from defence to attack. This position should be high on his list of transfer targets to help take this Brighton side to the next level.

Brighton broke the bank to sign Alireza Jahanbakhsh for a whopping £17 million last summer but the Iranian has massively struggled to hit the ground running after failing to register a single goal or assist all season.

The 25-year-old’s quality cannot be questioned, as he scored a stunning 21 goals while providing a further 12 assists in his last season in the Eredivisie.

Graham Potter’s biggest task will be to help regain Jahanbakhsh’s confidence next season and he should look to build his squad around the Iranian.