As the Premier League season has reached the halfway mark, clubs now have time to introduce changes, in order to improve their results. Arsenal are the current league leaders, followed by Manchester City and Chelsea.

However the difference between this three teams remains very tight. The January transfer market is an opportunity to strengthen the squads and Gunners‘ coach Arsene Wenger could continue his transfer record after splashing huge cash on Mesut Ozil signing back on the deadline day in August. Nevertheless contracts and tactics should not be forgotten when planning improvements at a club. What should Arsenal do in order to keep their place and finish first in the Premier League this season? 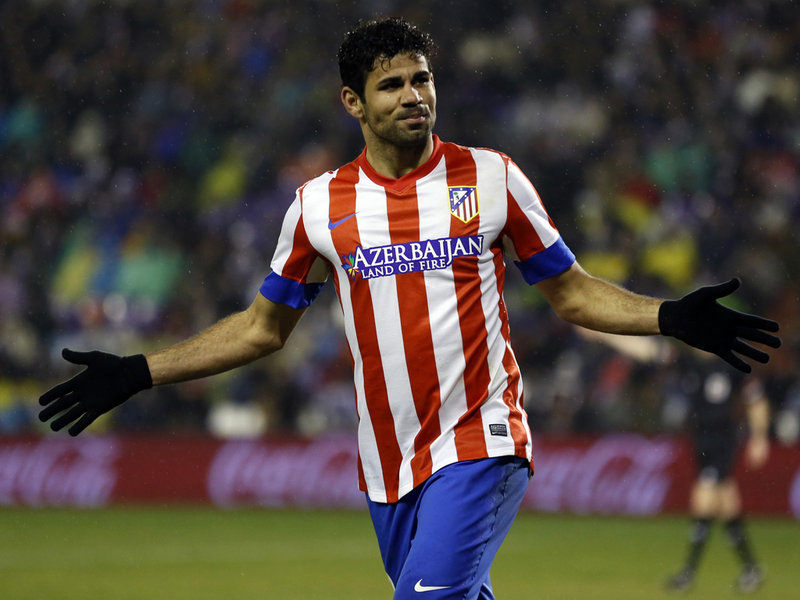 Since Robin van Persie’s departure last summer Arsenal did not manage to replace him with an effective forward. None of the club’s strikers, including Olivier Giroud, Theo Walcott and returning from injury-recovering Lucas Podolski are now as good as Robin van Persie was before leaving. Aaron Ramsey is the club’s top scorer this season with 13 goals on his account. However the Welshman is a midfielder and it’s a striker’s role to score goals.

Arsenal had unsuccesfully tried signing Argentinean Gonzalo Higuain before he had moved to Napoli. Giroud’s decent form this season may urge Arsene Wenger not to spend money on another striker, nevertheless the club clearly needs one.

Atletico Madrid’s Diego Costa would be an obvious choice. The Brazilian striker is La Liga’s top scorer with 17 goals, tied with Cristiano Ronaldo. Costa is a tall centre-forward, nevertheless, unlike Olivier Giroud he is capable of holding a forward line by himself. The deal taking the Brazilian international to Arsenal would make the Gunners trigger the £32 million release clause. Also the Spanish side isn’t willing to sell their in-form striker before the season end, as they hope to catch up Barcelona in the race for the league championship.