Frank Lampard has signed a three-year deal to become the new manager of Derby County and Chelsea Under-18 coach Jody Morris has also joined him as an assistant at Pride Park.

It is the first managerial role for Lampard, who replaced Gary Rowett at Derby. Due to Financial Fair Play restrictions, Lampard will have a tight budget with which he has to operate in the transfer market.

Lampard, who spent 13 years at Stamford Bridge as a player, could use his good relationship with the club to sign some of Chelsea’s bright youth prospects. And with Morris being his assistant, his job could become easier in that regard.

Here are the three Chelsea starlets Derby must sign in the summer.

Already a well-known face in the Championship, Abraham should join Derby after an inconsistent season with Swansea City as the Welsh club were relegated from the Premier League. 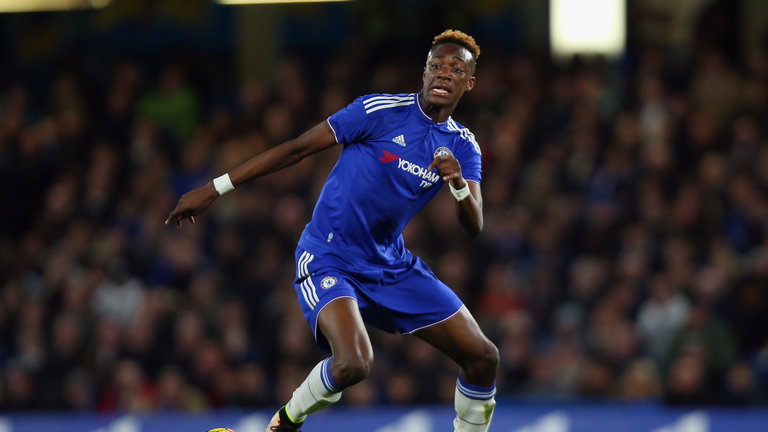 Abraham had a blistering loan spell with Bristol City in 2016/17 season, scoring 23 goals in 41 appearances. However, he failed to replicate his form at Swansea, despite enjoying a bright start.

If Derby come up with an offer, Abraham should pounce on the opportunity to work with Lampard. A move to the Championship may be a step backwards but it could help Abraham to regain his goal-scoring touch.

The young defender dished out some impressive displays whenever called upon by Chelsea boss Antonio Conte last season. It won’t be long before he starts playing regularly in the Premier League but he needs to gain more experience first.

And a season in the Championship could do wonders for the Welshman. He could prove to be a vital player for the Rams next term. It may be a step down for Ampadu but looking at Chelsea’s current midfield options, he should join Derby if he wants to play regularly. It would be a big coup for Lampard and Co.

Aina spent the 2017/18 campaign in the Championship with Hull City. He impressed in an otherwise disappointing season for the Tigers, making 46 appearances in all competitions and scoring a goal.

The right-back’s solid displays in the Championship earned him a ticket with the Nigeria squad for the World Cup in Russia. His potential and versatility could make Lampard swoop for him in the summer.