Three strikers Celtic should consider in the January transfer window

Celtic have just Odsonne Edouard as the only recognised first-team striker available to Brendan Rodgers after Leigh Griffiths was admitted for rehab this week.

Leigh Griffiths has taken a break from Celtic to tackle the off-field problems, leaving Rodgers with only one recognised striker in Edouard. Prior to Griffith’s break from football, he missed almost a month’s action due to a knee injury.

Celtic endured a serious blow on transfer deadline day when Moussa Dembele sealed a move to French club Lyon. And Dembele’s departure has been felt at Parkhead as Celtic haven’t been at their attacking best this season.

To ease the burden on the young Edouard, the Hoops should definitely target a striker in January. Here are three options Rodgers can consider.

Joselu has become out of favour at Newcastle United this season after Rafael Benitez signed Yoshinori Muto and Salomon Rondon in the summer. The Spaniard’s playing time has significantly reduced as Benitez has preferred the likes of Rondon, Muto and Ayoze Perez ahead of him.

Barring the 1-0 victory over Huddersfield Town, Joselu has come on as a substitute for the last few matches and he has not managed to impress Rafa Benitez. Seeing his chances come at a premium, he would be better off seeking a move away from the Magpies in January.

Celtic should consider Joselu as the former Real Madrid ace is a decent finisher in front of the goal and is strong in the air. He could give Rodgers a very different approach in his team’s attack.

Jermain Defoe has played only 22 minutes of Premier League football this season, finding himself behind the likes of Callum Wilson, Josh King, Ryan Fraser and Lys Mousset in the pecking order at Bournemouth.

However, the 36-year-old could be a fantastic short-term candidate to ease the burden off Edouard’s shoulders.

Defoe has volumes of Premier League experience and is capable of hitting the ground running in the Scottish Premiership. At 36, he is clearly past his prime but as a short-term option, Rodgers won’t find anyone better than him in January.

Mame Biram Diouf has found regular opportunities tough to come by in the Championship under manager Gary Rowett. He will continue to have a bit-part role at Stoke unless there are major injury issues. 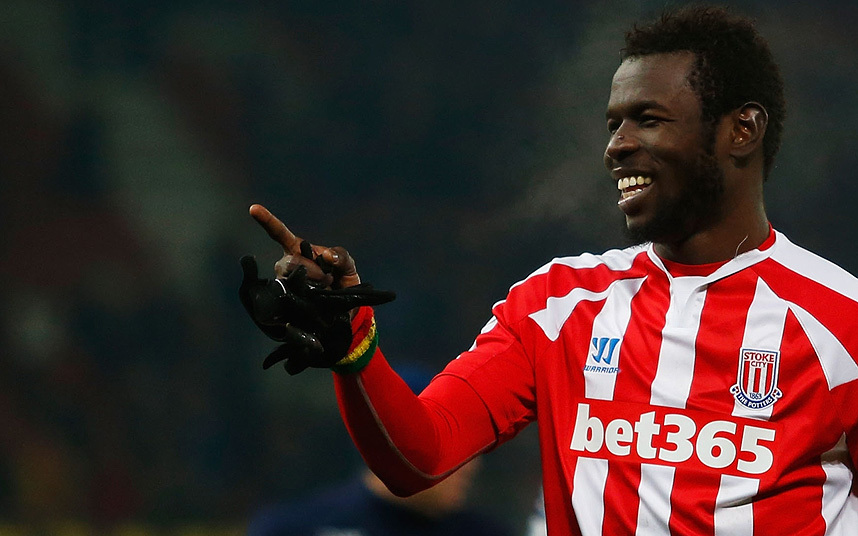 The Senegalese’s pace and dynamism would make him a perfect fit for Celtic as there are playmakers like Callum McGregor, Tom Rogic and Ryan Christie in the team.

Diouf could definitely give a cutting edge to Celtic’s attack and his combination with the in-form Edouard could make the duo a nightmare for the Scottish teams to face.