Antonio Conte’s Chelsea do not seem to have any other gears this season as they look rampant, going into the busiest part of the fixture schedule in the Premier League. The manager will be happy with the 10-match winning streak that has put them at the top of the table but he will know that his team might need a few additions to the squad before the end of the season and the January transfer window will provide him with the perfect opportunity to do so. Though Conte has been linked with a number of top class players for a move in January, he has been inclined to look back at the league in his home country for additions and here are 3 such Serie A stars that Antonio Conte might target at the turn of the year: 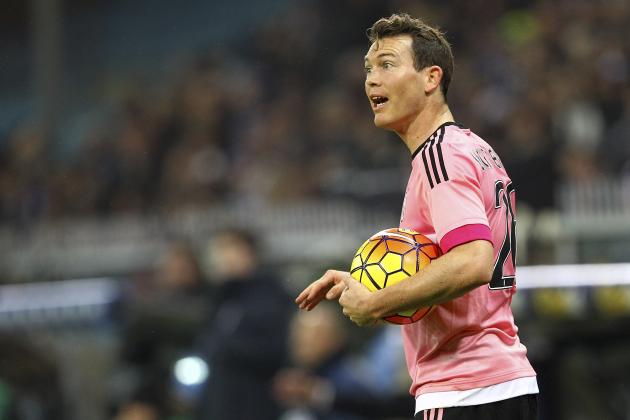 A free agent at the end of the season, Lichtsteiner is one of the most accomplished defenders not just in the league but also in Europe. He is a top class player who has helped his club and country to some memorable victories but at 32, he is no closer to signing a new deal in Turin. Antonio Conte wanted to sign him in the summer but Juve were not ready to sell but with his contract expiring, the Italian side may well look to offload him for a price that Conte is ready to pay. His strength, understanding of the game and the ability with the ball make him a superb option for the Blues who can take a step further in their journey to the title this season.

One of the most wanted midfielders in world football at the moment, Brozovic is reportedly up for sale in January after a feud between the player and his team recently. Italian giants Inter Milan are now ready to off load him in January with the player also asking for a move and this has seen a number of European clubs linked with a move for him January. He may not be available on the cheap but Conte will know that Chelsea’s midfield lack depth and will hope to add Brozovic to play him alongside N Golo Kante, making up an exciting partnership in the midfield for his side. Surely, Brozovic is a great addition for Chelsea.

Another player who has been linked with a move to Chelsea even before the start of the season, Nainggolan is yet again on the radar of the English outfit for January. Recent reports suggest that Chelsea are ready to off loan Cesc Fabregas wanted by Roma who are ready to offer Nainggolan for his services in January. According to the report, Chelsea will have to pay a part of his fees in exchange of the Belgium international to land him in January and having found some super form this season, the 28-year old is a superb option for the Blues. He is an energetic, creative and disciplined midfielder who is at the top of his game at the moment and Chelsea will hope that they can land him in January and further improve their chances of winning the title this season.