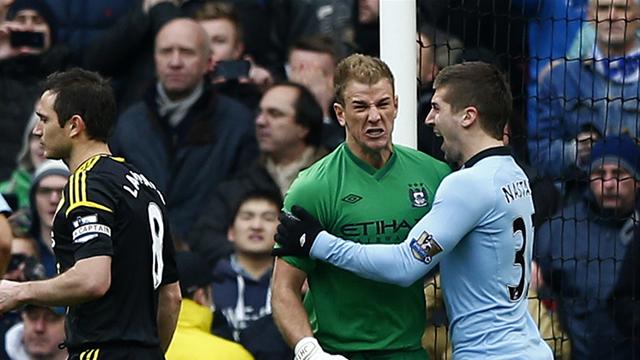 The title race has heated up as City have overtaken Arsenal after thumping Tottenham 5-1 away while Chelsea and Arsenal both drew their games. Now, Chelsea face the daunting task of travelling to the Etihad stadium to take on a City team which is on a role, and failure to win could see them lose further ground in the title race.

Here are three reasons why Chelsea can secure all three points and stay in the title race.

A strong and settled defense is the hallmark of any Mourinho team, and this current Chelsea team is no different. They have been strong defensively all season, and kept yet another clean sheet against West Ham on Wednesday. In fact, Chelsea have conceded the lowest number of goals in the Premier League this season, and have managed 9 clean sheets so far in 23 matches.

Defensive organization will be of vital importance against City given their outstanding interplay in the final third and ability to pull opposition defenders out of position to create space for their runners. If Chelsea manage a shutout against City, that will be the first step towards a win. After all, you can lose if you don’t concede.