The international break has given the fans of the Premier League clubs some much-needed respite from the intensity of the first 11 games of the Premier League. The lack of onfield action has seen the papers in the country pick up on every small rumour around the world and the latest rumour stealing all the attention is Barcelona’s interest in Liverpool star Philippe Coutinho. With 6 goals and 6 assists in all competitions this season, he is the most effective player in front of goal in England and is enjoying some of the best months of his young career. He was also superb for Brazil in the qualifier against Argentine scoring a stunner and the Spanish giants are now hoping that Luis Suarez and Neymar Jr can persuade the Brazilian to join the Catalunya club. But here are three reasons why a move to La Liga might be disastrous for Coutinho:

The 24-year old moved to Liverpool 3 years ago and has been improving ever since. He has 26 goals in 118 league appearances for the side and has been the player of the season for the Reds in the last two seasons. He is a senior player in the squad at the moment and has the authority to dictate play in the final third in the Premier League, having adjusted to this in over three seasons. He is now at the top of his game and is in the right shape to dazzle through even the best defences in the league. It is a cycle that will repeat itself at Barcelona and though he is elder, the lack of experience in La Liga and European Stage will see Coutinho take some time to adjust and if he is not able to find his form again after a dip in his debut season, his career might get a big dip in not just in La Liga, but all over Europe. Surely, his lack of La Liga experience can come back to haunt him and Barcelona. 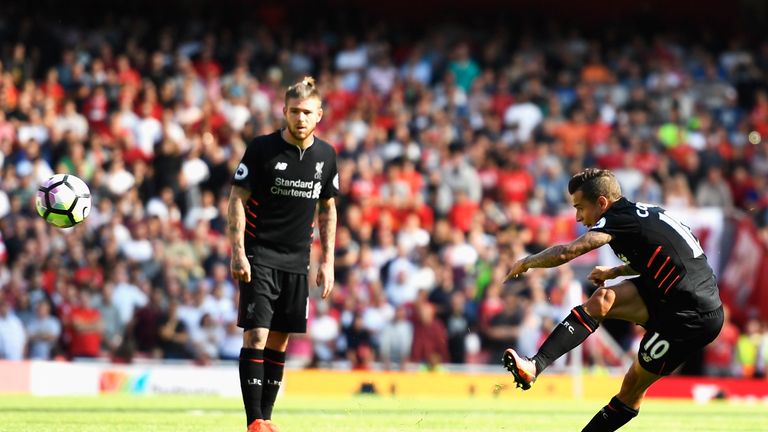 Playing for a club that has won back to back La Liga titles and 5 top flight trophies in the last two years is a responsibility that cannot be fulfilled by too many players in Europe and Coutinho is surely one of those who will do them proud. But playing alongside some of the best players in the game in Lionel Messi, Neymar Jr, his childhood mate and former Liverpool star Luis Suarez, Coutinho will have to be at his best in every game to keep his side in the place and it is pressure at a level that he will not have faced at Liverpool.  Standing as one of the best clubs in Europe, Barcelona are expected to win every game and one below-par performance can see the Brazilian stay happy with a place on the bench. He will also be expected to replace Andres Iniesta in the squad which in itself is some intense pressure. Surely, leaving a club that is centred around him to try and prove himself in a completely new place, might not be the smartest option for Coutinho.

With all the cons that can be stated, Coutinho’s place is in the squad will be of utmost importance. Luis Enrique has played a 4-3-3 combination with Neymar Jr, Lionel Messi and Luis Suarez occupying the attacking spots. Busquets is the first choice CDM leaving Coutinho with just two spots in a deep midfield role. Though the former Inter Milan man was decent in that position for Liverpool it is not his most productive state and can easily decline his output in front of goal. He will have to play in Neymar’s position on the left making things all the more complicated. This along with Ivan Rakitic, Arda Turan and Rafinha in the squad makes Coutinho’s move to Barcelona a disaster waiting to happen at the moment.