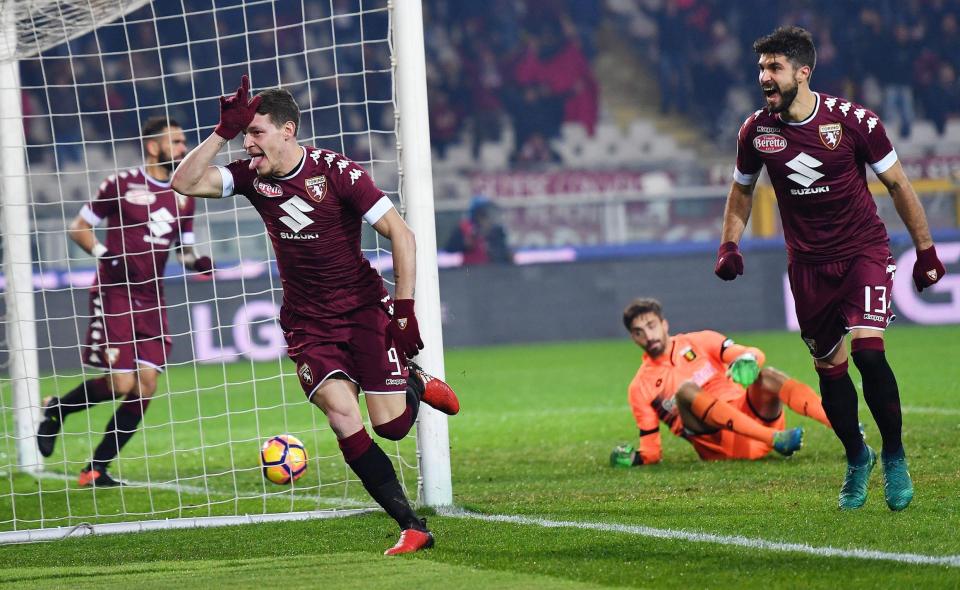 For many years now, Arsenal have had a conundrum with strikers. Ever since the days of Dennis Bergkamp and Thierry Henry, Arsenal have missed having world class strikers in their ranks. Robin van Persie came in for a bit and acquired that status. Olivier Giroud strives to prove his worth, but arguably falls behind in his quest of being in the world class category.

For years, Arsenal have been linked with many top strikers such as Karim Benzema, Gonzalo Higuain among a few others, but no move has come to fruition yet. They continue to rely on Giroud and Sanchez, who off late has been moved to a role upfront, which the Chilean has truly enjoyed and flourished in.

Arsene Wenger has reportedly taken a keen interest in Andrea Belotti, who is a 23-year old Italian striker plying his trade with Torino in the Serie A. Belotti is a player that has been showered with accolades for his style of play. He relies on his movement, pace and ability to get into good positions to affect games. He has been compared to former Premier league and Mexican striker Javier Hernandez for the way he times his runs immaculately into the box.

Arsenal have currently fallen slightly in the race for the Premier League title and will be looking to change a few things in order to get their title charge back on track. Signing someone like Andrea Belotti would certainly give them a boost and take their attacking impetus to a new level. Arsenal’s interest comes amid rumours that Belotti has a release clause of close to 100 million euros, which is ludicrous, to say the least. That is just businessmen trying to get a good deal done.

Yet, Here are 3 reasons why Arsenal should look to trash out a realistic deal for Belotti –

This season, Arsenal have had Olivier Giroud, Alexis Sanchez and Lucas Perez as well as the returning Danny Welbeck as options up front. All these strikers are good footballers in their own right and have abilities that are unique and special in their own ways, but none of them are poachers, so to speak.

Belotti, on the evidence of his performances for club and country, certainly is a player in the mould of a poacher. Since Arsenal are a team that create a lot of chances, he could be the kind of player that they need to finish off those chances.