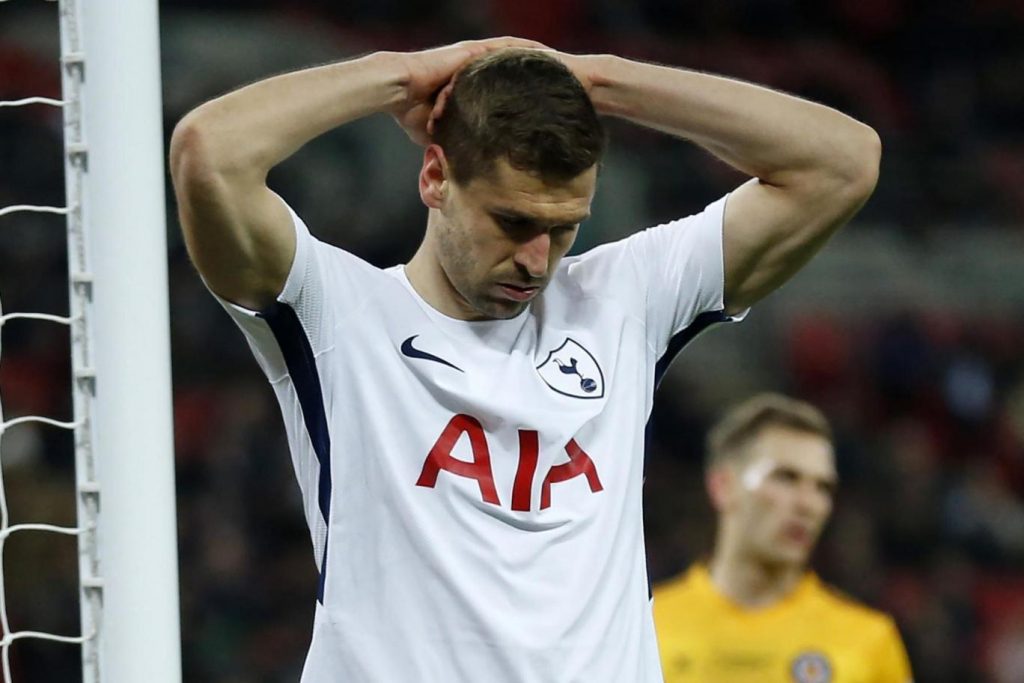 Three Quality Replacements For Fernando Llorente Who Tottenham Can Target

Tottenham Hotspur have been trying to win the league for the last couple of seasons but have seemingly come up short every time under Mauricio Pochettino, including this term.

Pochettino has a fantastic team at his disposal, capable of beating any team in Europe. However, when their few first-team stars are unavailable through injury or suspension, Spurs generally struggle.

One of Spurs’ stars, Fernando Llorente is considering leaving the club at the end of the season after joining from Swansea last summer. The 33-year-old has failed to make an impact at Tottenham so far and is deemed as a big flop.

With the possibility of Llorente’s departure looming large, here are three backup strikers Pochettino should look to sign in order to replace the veteran Spaniard.

Dembele has been in fine form for Celtic since leaving Fulham in 2016. Strong, pacey, and capable of scoring goals from almost anywhere, the Frenchman has been a force to reckon with and has established himself as one of the sought-after young strikers in Europe.

Capable of playing as a No.9 or as a No.10 behind the striker, Dembele has bags of potential and will offer a lot to Spurs.

At 31, Bacca isn’t a long-term option for the Lilywhites but can be a brilliant back-up to Harry Kane. He currently is on loan at Villarreal, from Milan.

The Colombian has been a journeyman of sorts in his career but he has been prolific wherever he has gone. Not particularly physically imposing or strong, Bacca is all about pace and clinical finishing.

He will surely be an instant fit and would help Spurs compete for the title next term, taking the weight off Kane’s shoulders.

Gray has been a mere disappointment since moving to Watford from Burnley last summer. However, let’s not forget his exploits with Burnley that saw him score goals for fun last season.

At just 26, he has a big future ahead of him and would definitely suit Tottenham’s style of play. He has failed to hit the heights this season with Watford but his potential is staggering.

Gray has blistering pace and strength that would unsettle any defence. He also possesses a powerful shot. The young and bulky Gray is exactly what Tottenham need in order to help Harry Kane.