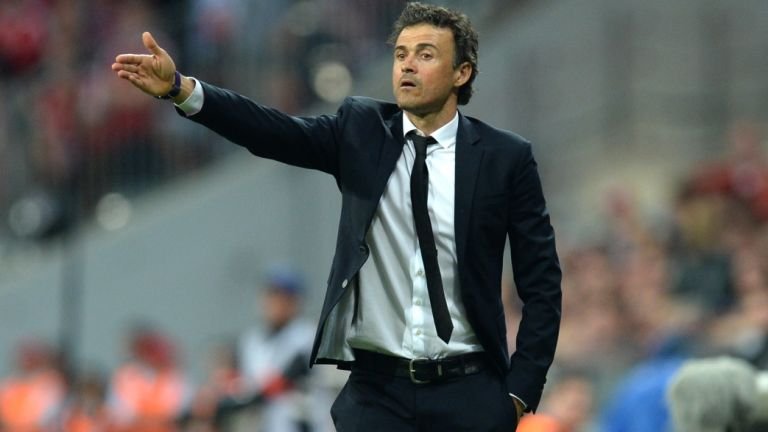 According to the Sun, Luis Enrique is the favourite to succeed Arsene Wenger after the veteran French boss announced that he would step down at the end of the season.

The report adds that Enrique wants a £200m kitty to make significant alterations to rebuild the Arsenal squad next term.

The 47-year-old Spaniard is one of the astute tacticians in Europe, having guided Barcelona to two La Liga titles, three Copa del Rey trophies and a Champions League. He has been out of work since leaving the Catalan giants in March last year and is now keen to get back into the game.

Whoever replaces Wenger at the end of the season will have a mighty job on their shoulders to rebuild Arsenal and take the club to the top once again.

Should Arsenal appoint Enrique as their boss in summer, here are three mega players he should target in summer.

Petr Cech has been sub-par this season for the Gunners, having made a long line of mistakes. The veteran goalkeeper most notably made a mistake at Swansea that gifted the hosts three valuable points.

While Cech has been a reliable presence in goal throughout his time in England, it is high time the Gunners move on from him and get a new goalkeeper.

Atletico Madrid’s Jan Oblak represents a wise long-term investment for Arsenal. Oblak is rated as one of the top goalkeepers in the continent, having earned a lot of experience playing in La Liga and excelling while doing so.

He is young, technically strong and cool-headed. However, the Slovenian won’t come cheap and the Gunners should be ready to break the bank for him as Oblak would be a valuable asset for years to come.

Not only Cech but the defenders have been equally poor this season and they are to be blamed as well for Arsenal’s downfall.

With Per Mertesacker in the final season of his career, Laurent Koscielny struggling with injuries and Shkodran Mustafi’s patchy performances, Arsenal desperately need a young, reliable centre-half.

As youngsters Rob Holding and Calum Chambers need time to develop, Arsenal should acquire the services of Jonathan Tah from Bayer Leverkusen.

Tah is a commanding centre-back who is also very intelligent and good on the ball. The German is tall, excellent defensively and has the brute force to shrug off attackers and race away with the ball. Tah is a monster of a centre-half and given that he is comfortable playing from the back, it would make him a fantastic signing for the North Londoners.

There is a big need for Arsenal to sign a defensive midfielder capable of doing the dirty job and also create chances from deep. Barring Mohamed Elneny, they lack a defensive-minded midfielder.

Going by this season’s performances, Granit Xhaka has failed to live up to the billing, while Aaron Ramsey continues to blow hot and cold. Jack Wilshere has delivered some really good performances but has struggled with injuries and stability.

That leaves Arsenal short of reliable presence in the middle of the park. Nice’s Jean Seri should be the perfect option for Arsenal.

The Ivorian is strong, an excellent passer of the ball and has the creative vision to carve open any defences. He never shies away from tackles and can break counter-attacks with his force. His versatility makes him an even better player as he would slot perfectly at the base of midfield, providing Ramsey and Xhaka with the freedom to express themselves more.

Seri is an all-round midfielder and always looks to play the ball forward. That’s why he is rightfully considered as one of the brightest talents in French football.