Jose Mourinho and Antonio Conte face off at Wembley as Manchester United cross swords with Chelsea in the FA Cup final on Saturday.

With the Premier League season over, the FA Cup represents the last and only remaining chance of silverware for both clubs. While United Improved massively from last season and finished runners-up to cross-town rivals Manchester City, Chelsea failed to mount a significant title challenge and finished the season outside top-four, failing to defend their title.

Mourinho would love to continue his winning appetite by bagging the FA Cup, while Conte could be aiming to sign off in style with the Italian tactician highly likely to leave Stamford Bridge this summer.

With the game expected to be full of thrills and spills, here are three things Manchester United must do to beat Chelsea in the FA Cup final. 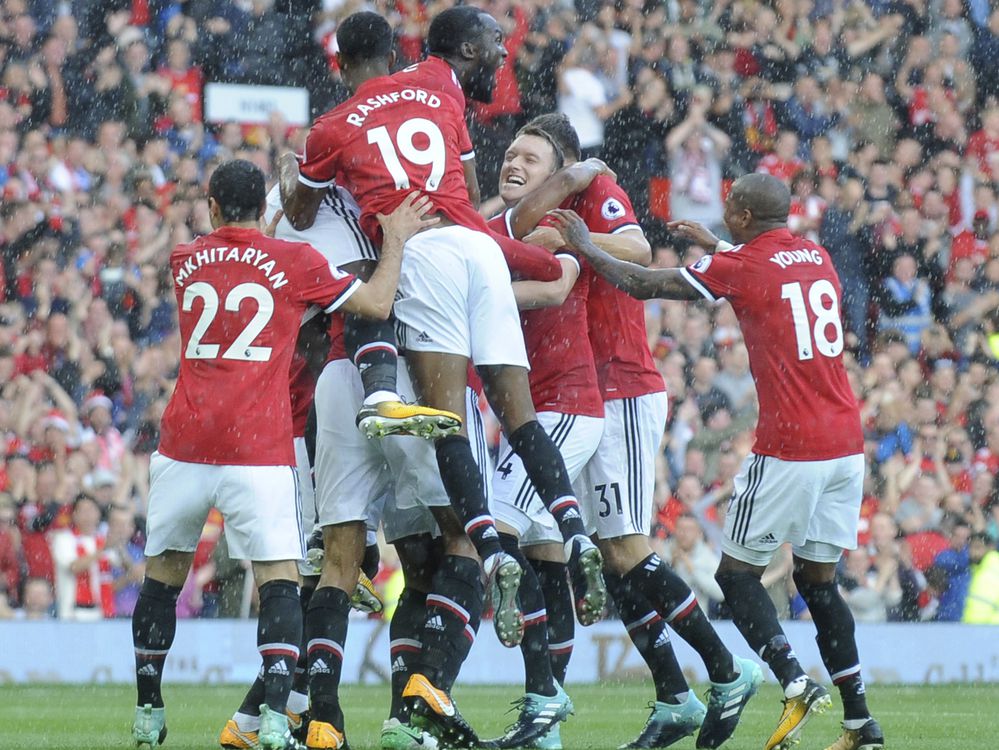 This is stating the obvious but Mourinho must pick his best XI in the FA Cup final against Chelsea. Following Romelu Lukaku’s injury, Mourinho handed Marcus Rashford a couple of chances to lead the line but the academy kid failed to grab it with both hands.

The Portuguese tactician also gave Anthony Martial an opportunity against Brighton to stake his claim for the FA Cup final and United lost 1-0 to Brighton. Martial endured an underwhelming night at the Amex stadium.

There is a big doubt about Lukaku’s fitness as the Belgian is facing a race against time to be fit ahead of the FA Cup final. Mourinho would hope his centre-forward passes the fitness test and becomes available against Chelsea.

Even if Lukaku is fit enough to only make the bench, Mourinho needs to gamble with the striker and field a strong XI to beat Chelsea on Saturday.

Mourinho is the indubitable king of defensive organisation and he would surely come up with a plan to stop Chelsea.

Chelsea’s biggest threat throughout the season has been Willian and not Eden Hazard. Willian has enjoyed a really good campaign at Stamford Bridge, with his blistering pace and trickery causing mayhem in the opposition defence. He would surely be a player to watch out for on Saturday.

Other than Willian, one player who has suddenly burst into life is Olivier Giroud. The Frenchman, who joined the Blues from Arsenal in January, sparked a brilliant comeback win against Southampton in the league and was again on the score-sheet against the same opposition in the FA Cup semi-finals.

If United are to win the FA Cup, then Mourinho must surely devise a plan to stifle both Willian and Giroud.

Mourinho knows how to set his teams up for the big games and by now, he would know the problems that Chelsea have faced this season.

While Chelsea’s attack has been decent if not spectacular, it is their frailties in defence that has been exposed on a number of occasions this term. Heavy defeats against Watford and Bournemouth certainly suggest that Chelsea have a porous defence and their midfield can be easily dominated.

Gary Cahill has been very poor and while he has shown signs of life of late, he remains Chelsea’s weak link in defence alongside Antonio Rudiger, who has been inconsistent since joining from AS Roma last summer.

Mourinho’s plan would be simple – put long balls at Chelsea’s defence and destabilise them. If United are to return home with the FA Cup, they have to question Chelsea’s backline from the blow of the first whistle.