Liverpool have made an inspirational start to their Premier League campaign this time out, wrapping up two solid victories to justify their strong pre-season form. Jurgen Klopp addressed the key areas in his squad during the transfer window, with the manager bringing in a number of additions to strengthen his ranks.

Last season saw Liverpool’s right-winger Mohamed Salah make history by racking up 32 goals in a single Premier League season. And while the Egyptian once again started the season with a goal at Anfield, it is Liverpool’s left-wing that has threatened extensively.

The emergence of Andrew Robertson and the arrival of Naby Keita has seen Liverpool’s left axis devastate teams in the attack. Klopp’s left flank includes Andrew Robertson, Naby Keita and Sadio Mane, all of whom have made impressive starts to the season.

With all the cameras and limelight on Mo Salah, Mane is the one emerging as Liverpool’s serious threat this season. The Senegalese international has scored 3 goals in his first 2 games to keep pace with Manchester City star Sergio Aguero, who scored a hat-trick against Huddersfield Town.

Andrew Robertson has been a revelation since coming into the side last season. Alberto Moreno was immediately ousted from his role and the Scot has since gone on to establish himself as one of Klopp’s first names on the team sheet.

Robertson’s raids down the flank have seen a number of teams suffer. The Scot is fast and agile on the ball, constantly whipping crosses into the box. Klopp has opted to use Naby Keita as a left-sided central midfielder, which provides the Reds with stability and cohesion.

The former Leipzig midfielder’s relentless running and work rate have impressed the fans right from the start. He is brilliant at picking up the ball from deep areas and pushing forward before supplying the attack.

This is one of the main reasons Mane has thrived so far. The likes of Andrew Robertson and Naby Keita ensure Mane receives the supply on the left. Their defensive prowess allows the Senegalese international to stay forward and add some width to the game.

And when Robertson surges down the left flank, Mane occupies a more central role, allowing him to twist and turn through the middle. The 26-year-old’s pace makes it very hard for defenders to commit their tackles. 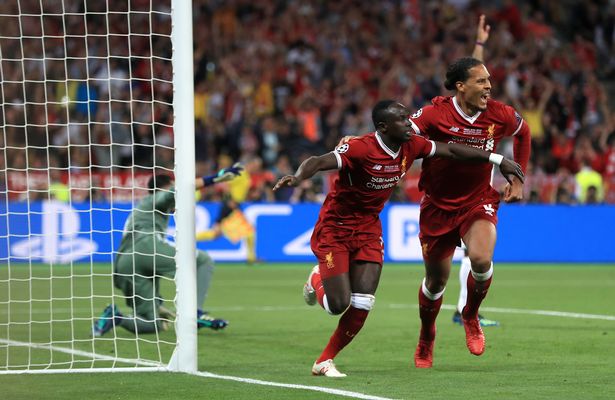 Read more: Man City’s £52m star vs Liverpool ace – Stats show that both of them could wreak havoc this season

Liverpool have scored 6 goals in their opening 2 games of the season, with 3 of them coming from the left-hand side. Mo Salah’s goal against West Ham United was courtesy of Robertson’s teasing cross from the left flank as well. As Klopp’s men make a commanding charge for the title this season, expect the left axis to take all the plaudits.