Why Man United must make a January move for Mauro Icardi

Manchester United have made a lacklustre start to their season after losing 2 of the opening 5 games so far. The Red Devils succumbed to losses against Brighton and Tottenham Hotspur but returned to winning ways by beating Burnley and Watford.

Compared to their previous summer transfer window, United were unusually quiet in this one, bringing in just three players in the form of Diogo Dalot, Fred and Lee Grant. The Red Devils are known for breaking the bank consistently but opted against it this summer.

According to AS Sport, Jose Mourinho is now interested in snapping up Inter Milan striker and captain Mauro Icardi. The 25-year-old was left of out of Jorge Sampaoli’s Argentina squad that went to the World Cup. This is despite Icardi finishing the season as the top-scorer in the Serie A last season with 29 goals in 34 games.

The Argentinian is one of the most sought-after attackers in the world and will definitely prove a massive asset to any side. Icardi would be a superb signing for the Red Devils if they can pull it off in January.

Though the Red Devils possess attackers like Romelu Lukaku and Marcus Rashford, Icardi would provide the squad with even more intensity and threat. A pure goalscorer in front of goal, Icardi is one of the deadliest strikers in the Italian league.

He has been scoring on a consistent basis over the last two seasons and is one of the driving forces at Inter. Icardi is yet to score this season but has picked up 1 assist.

The 25-year-old is extremely calm and composed when in possession. He has a sublime finishing ability and is capable of scoring goals from half chances. That’s the kind of striker United have always wanted. There’s no doubt Lukaku is one of the best but Icardi will provide a bigger cutting edge in the final third. 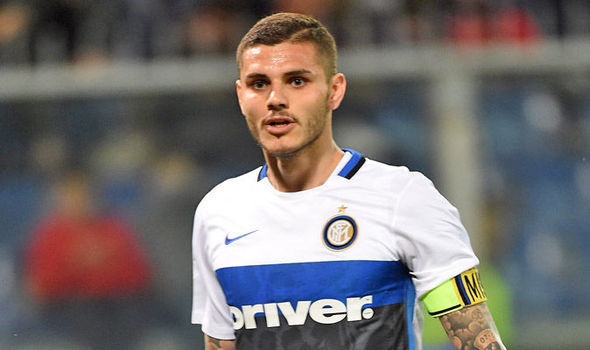 Mauro Icardi is also brilliant with his link-up play and passing in the final third. The Inter striker has so far averaged a pass success rate of 80.6% in the Serie A this season. He is also very dominant in the air, posing a massive threat from set-pieces. (Stats Courtesy – Whoscored)

Read more: Go for it Jose – This £107m world-class star would make Man United attack as strong as Liverpool

Jose Mourinho should definitely go back in for the Inter star when the January transfer window opens. Icardi will definitely bring more goals to a side that seem to struggle to find the back of the net. He is a perfect striker for the Red Devils and will definitely flourish under Jose Mourinho.