According to reports from the Express, Antonio Valencia had attracted interest from clubs in the Premier League including Rafael Benitez’s Newcastle United who were very keen on bringing the Ecuadorean international to St.James’ Park.

He began his career and developed as a young player at Ecuadorean outfit El Nacional before he was eventually identified as a potential star by Spanish club Villarreal but after just one year at the club, he moved on to English Premier League side Wigan Athletic on loan.

At the end of the loan deal, the English club were happy with the player and made his contract with the club a permanent one, hence marking the start of what has been an illustrious career of Premier League football.

He spent a year and a half at Wigan before his sheer quality was identified by Sir Alex Ferguson’s scouts at Manchester United. The man who played as a winger at the time, joined the Old Trafford ranks in 2009 and has had an immense effect.

At the turn of the year, Valencia completed his 10th year at the historic football club and will certainly be remembered by the fans for all the important memories and contributions that he has provided them.

He has made an enviable 338 appearances for the Manchester-based football club and has scored 25 times while assisting 62 goals – a rather long period during which he was sent off the pitch just on one occasion.

He is a pacy wing-back who has excellent deliveries on both his right and left feet. His understanding of the game is excellent and his ability to read the play has been impressive as well.

He has captained the Manchester United side on many occasions and does add a certain degree of leadership and responsibility to any defence. His composure and calmness while on the ball is a massive asset as well. 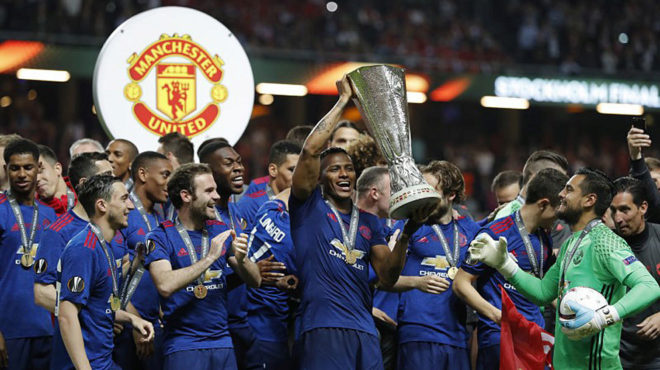 As suggested by the Express, Newcastle were keen on the Ecuadorean defender who hasn’t been a regular this season. The 33-year-old would fit right in at Newcastle given his amazing experience.

Read More: Newcastle must use the chance to sign this extremely talented 32-year-old free agent – would be shrewd

With Newcastle in the relegation battle, this signing would’ve been a massive boost towards Rafa Benitez’s cause and they’ve missed out on what could’ve been a very shrewd piece of business.