According to a report from the Record, West Ham are interested in Benfica striker Nicolas Castillo. The 25-year-old scored 24 goals in 32 Liga MX games for Pumas UNAM last season, which earned him a move to Benfica in the summer of 2018.

However, Nicolas Castillo has barely had a look in since arriving at the Stadium of Light. He has had injury problems in his early Benfica career and even when fit, he has struggled to usurp Haris Seferovic from the starting XI.

West Ham are planning to offer the Chilean an escape route just a few months after his arrival in Portugal. Crystal Palace should use this opportunity to rival West Ham for the striker’s signature in January.

Crystal Palace’s goalscoring problems have been well documented throughout this season. The Eagles are currently without their first-choice centre-forward Christian Benteke, who is down with a long-term knee problem. 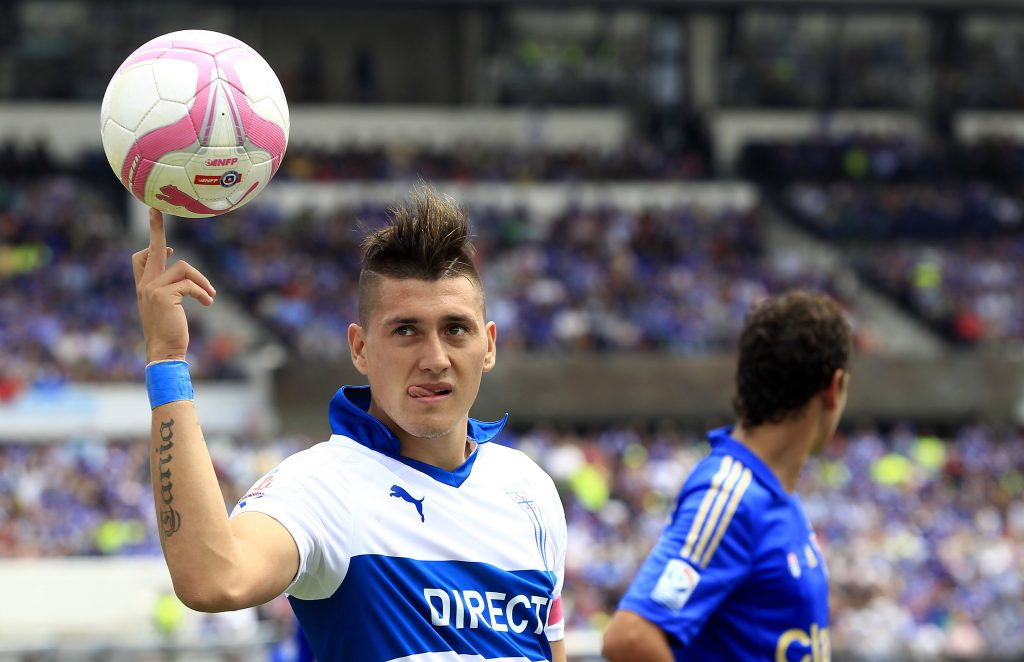 The likes of Alexander Sorloth and Jordan Ayew have done very little to start regularly in the Premier League, meaning the onus has once again fallen on the shoulders of Wilfried Zaha.

Truth be told, Zaha has not been at his sublime best and has had his fair share of injury problems this season. But when fully fit, the Ivorian has sent shivers down the defenders’ spines. However, Crystal Palace should look to reduce the goalscoring burden of Zaha’s shoulders and Roy Hodgson would be wise to prioritise signing a striker in the New Year.

Nicolas Castillo would fit the bill perfectly at Selhurst Park. The Chilean is blessed with unbelievable pace and power, plus his physicality could see him outmuscle defenders in the Premier League. Castillo is strong in the air and can twist and turn past defenders in a blink of an eye. Blessed with a good pace and technique, he backs himself to take on the defenders single-handedly with his agility and athleticism.

As a centre-forward, Castillo can give defenders endless nightmares with his sudden burst of acceleration and intelligent movement. The Chile international is also a crisp passer of the ball and has the ability to set his teammates into free spaces with razor-sharp through balls.

Even though Castillo has failed to light up Benfica this season, he remains a natural goalscorer who just needs a chance to put the ball in the back of the net.

As things stand, however, Palace signing the 25-year-old would be a gamble considering Castillo’s time so far in Lisbon but Roy Hodgson needs to take a note of the player’s spell with Pumas UNAM.

That said, the Eagles should not hesitate to table a bid to land the Benfica forward in January.