Why Vincent Aboubakar would be the perfect January signing for Leicester

FC Porto’s Cameroonian forward Vincent Aboubakar is currently one of the hottest properties in the Portuguese Primeira Liga.

After a successful stint with Cameroonian outfit Coton Sport which earned him a call-up to Cameroon’s World Cup squad in 2010 as an 18-year-old, Aboubakar made his move to Europe with Ligue 1 outfit Valenciennes. He did not quite fulfil his potential at his first club in Europe but it was his fruitful spell at Lorient that caught the eyes of Portuguese giants Porto.

Aboubakar’s impressive record of 17 goals and 8 assists from 37 appearances at Lorient earned him a move to Porto back in the summer of 2014. He has been a revelation since then, establishing himself as one of the most successful African footballers playing in Europe.

Along with Moussa Marega and Yacine Brahimi, Aboubakar has been a part of Porto’s three-man all-African attack, taking the club to new heights on the domestic and European stages.

Aboubakar, who has 20 international goals to his name, was in tremendous form last season, scoring 15 goals and providing 4 assists to help Porto to their first domestic glory in five years. He has hit the ground running this term as well, registering 4 goals and an assist from 6 appearances in the Primeira Liga.

The Cameroonian has an equally impressive record in the Champions League, with a tally of 14 goals and 3 assists from 23 appearances in the competition.

Standing at just a shade over 6ft in height, Marega is a fast, agile and physically imposing striker blessed with a sound technique and good aerial ability. A fleet-footed attacker, Aboubakar combines his pace and dribbling skills with his muscular frame to drive his way past the opposition.

The 26-year-old is known for his ability to torment the opposition with his incredible vision and clinical finishing. He has an uncanny knack of getting into good positions inside the box and his ability to find the net with both feet and head make him a potent attacking weapon. In fact, he is a player with a high level of composure and he seldom loses his shape in front of the goal. 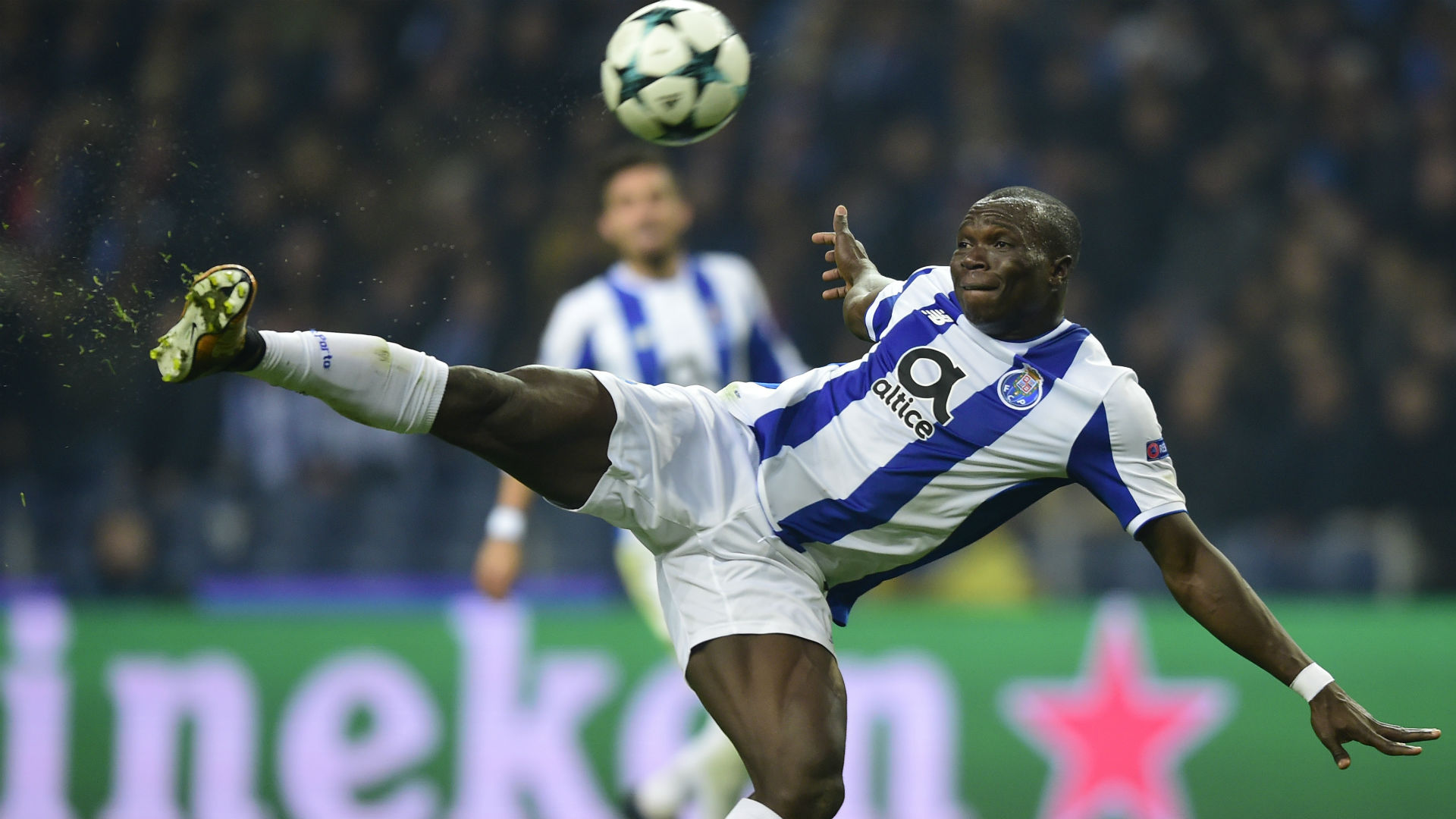 The Cameroonian has good awareness and presence of mind for a centre-forward and can also contribute to the build-up play with deft touches and subtle flick-ons, allowing his teammates to get into scoring positions.

To put things into perspective, Leicester City should make a move for Vincent Aboubakar as he perfectly fits the bill for the role of a second striker at the King Power Stadium. Leicester currently sit 9th in the Premier League standings with 6 wins from 15 games, which is quite a decent record going by their standards.

However, something that should concern Claude Puel is the inability to turn draws into wins. Leicester have drawn 4 games this season and some of them could have been won easily.

The overreliance on the talismanic Jamie Vardy has been one of the causes of their undoing in a few games this season. Vardy hasn’t quite hit top gear this season and has struggled with injuries, leaving Kelechi Iheanacho as the lone option to spearhead the attack. In all honesty, Iheanacho isn’t really capable of racking up 10 or 15 goals in a season as he is too inconsistent.

Read More: This 6ft 4in out of favour Wolves giant would be a fantastic signing for Leicester and Puel must get him

Suffice to say, Leicester need more firepower in their attack to fight the likes of Manchester United, Everton and Bournemouth for a Europa League spot next season and Vincent Aboubakar has already shown enough promise to take the next big step in his career. That said, they should go all out to land him in January.