Rangers have embarked on a new era under Steven Gerrard and so far, things have gone very well for the club.

But the question arises; can Gerrard lead the Gers to glory against his former manager Brendan Rodgers? Doing that will take a massive effort and Gerrard needs a couple more of quality signings, and he needs them quick.

Here are two quality players he can target:

According to the Edinburgh Evening News, Rangers and Heart of Midlothian are close to reaching an agreement over the transfer of the Northern Ireland international forward, Kyle Lafferty. 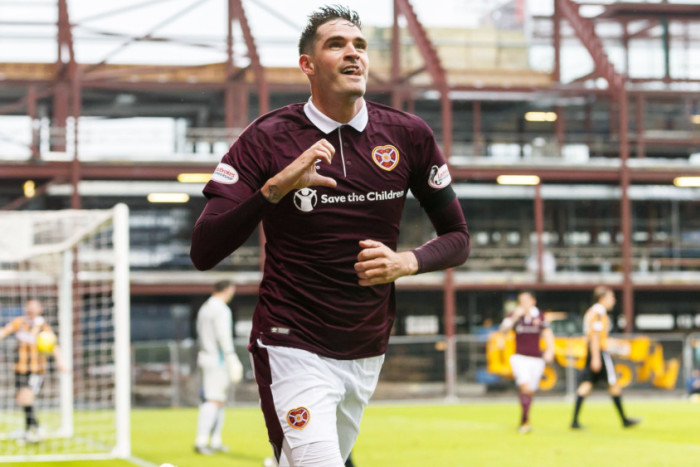 Lafferty is not a prolific goalscorer, but the former Rangers forward has the ability to score goals in big games.

Rangers are going strong at the moment, but the Ibrox outfit could do well with an experienced forward such as Lafferty. Both Alfredo Morelos and Umar Sadiq are very young strikers.

Scottish football is a hard slog and Lafferty would be a resourceful player to have in the squad. He would be an excellent signing for Rangers.

Although everything is pretty rosy at the moment for Gerrard’s Rangers in the opening stages of the new season, the club have received their first big blow of the season.

Rangers beat Kilmarnock 3-1 at Rugby Park on Sunday, with Alfredo Morelos grabbing all the headlines for scoring a hat-trick, but the injury to Jamie Murphy took the shine away from the victory. Murphy twisted his left knee in the first half and the winger could be sidelined for a long time.

One option to fill the hole left by Murphy’s absence is to dip into the transfer market and sign someone who would fit the bill perfectly at Ibrox.

Kilmarnock’s Jordan Jones should be considered by Gerrard. Jones is one of the best wingers in the Scottish Premiership and he would be a fantastic addition for the Gers not just for now, but for the future as well. The 23-year-old would also be another option going forward.