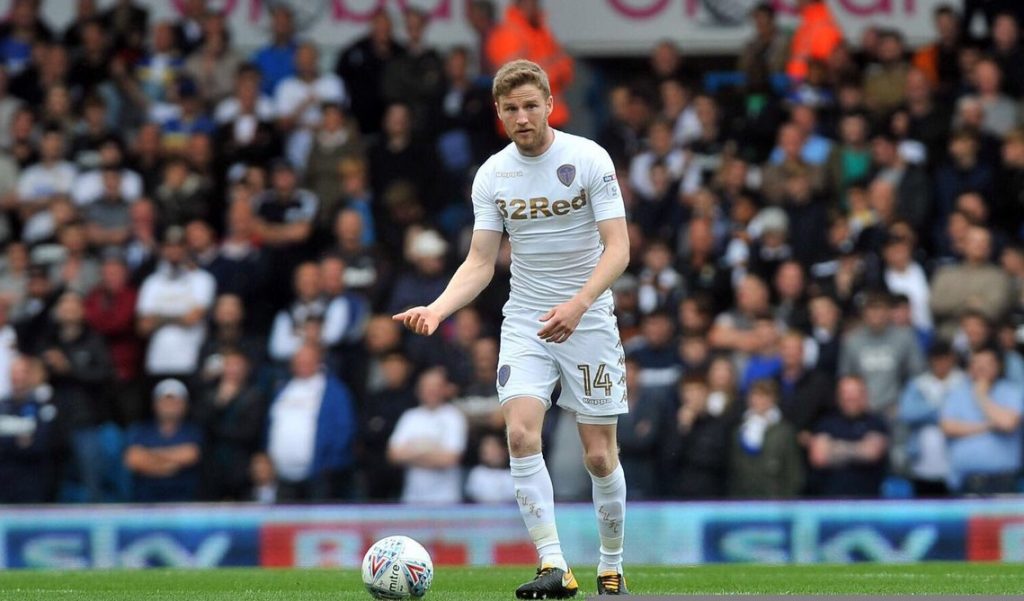 Two Players Who Could Leave Leeds United In The Summer

Surely Leeds United’s chance will come again in the Premier League before too long, but for now they continue to flatter to deceive each season and with that always comes an almost constant evolution in terms of the playing squad.

True, Leeds are capable themselves of attracting good talent to the club given its size; Pontus Jansson and Kemar Roofe spring to mind, though they are also still in a position of often having to sell their better talent with the sales of Sam Byram and Charlie Taylor not going down well with everyone.

Plenty will go after the end of May and these two are probably at the front of the queue:

O’Kane has captained Leeds recently, but with the central midfield area being one Leeds are always looking to improve and players such as Kalvin Phillips, Ronaldo Vieira and Adam Forshaw already there and improving every month it would seem 27-year-old Kane’s chances will become limited.

At that age, we know he won’t get much better but is still in prime position to be able to bring in a reasonable transfer fee for the club so this summer is the time to sell him on you would think, especially given his recent poor performances and rather public castigation for them from the Leeds crowd as we wrote about recently.

Having signed a contract extension just last summer until 2021, the club will be in a pretty strong position to barter with whichever club shows a serious interest in his services but I’m fairly certain Paul Heckingbottom will indeed be willing to part with his services.

Although some Leeds fans made a noise about him replacing a slightly shaky Felix Wiedwald early in the season, temporarily getting their way, the brutal fact is that when he has been given a chance in the first-team this year he has been far from good enough at this level.

Lonergan currently has the lowest average rating of any Leeds players on whoscored.com and was even willing to join Sunderland in the January transfer window knowing they may well be a League One side next season, a move that didn’t come off in the end.

The ‘keeper is under contract until 2019 so a fee will need to be involved, but it is easy to see Leeds looking for another stopper in the summer at Lonergan’s expense and in fact, they may even look to replace Wiedwald as well in what could be a long transfer summer at Elland Road.