Chelsea are all set for a fresh start under incoming manager Maurizio Sarri, who will be replacing Antonio Conte. Despite guiding Chelsea to the FA Cup last season, Conte failed to help the Blues qualify for the Champions League, knocking them back into Europa League waters with a disappointing 5th-place finish in the Premier League last term.

The change at the helm will see Sarri making changes to the squad and altering Chelsea’s tactics almost immediately. Sarri had an impressive record with Napoli, boasting a 65% win-rate over his 3-year tenure at the Stadio San Paolo.

His success at Napoli could be attributed to the talent and skills his players showed on the pitch. As a result, it is likely that he could raid his former club to bring in one or two high profile players which would allow him to implement his preferred 4-3-3 formation at Stamford Bridge. So, here are two Napoli players Sarri should sign.

Despite his age, the 31-year-old is a fantastic forward, who netted 18 times in Serie A last season, thereby portraying a great turn-around for Napoli ever since the departure of Higuaín to Juventus in 2016. His adjustment from a wide forward to a more central role up front turned Napoli into serious title contenders. However, his side ultimately finished second in the league behind Juventus.

The Belgium star has proven himself to be great at cutting inside and scoring impressive goals from just about anywhere, as seen recently in the World Cup when he found the back of the net against Panama.

With the way Alvaro Morata and Olivier Giroud played last season, Chelsea seemed to lack the consistency and work-rate which is required to be a deadly threat up front. Having a true forward in the form of Mertens to play alongside Eden Hazard and Willian can work wonders for the Blues, who can dominate the Premier League with their swiftness and fluidity.

The former Real Madrid player was also in sublime form last season as he scored 12 goals and set up 17 more in 50 appearances in all competitions. Callejon has been a key figure behind Napoli’s rise in recent years. 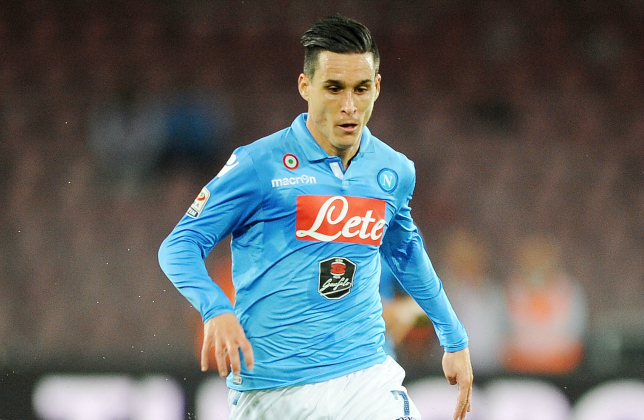 A move to Stamford Bridge could see the Spaniard improve Chelsea’s efficiency in front of goal. The Blues were often seen struggling to break down defences last season.

Sarri has reportedly put Callejon on top of his transfer wishlist and it’s not difficult to see why.