Newcastle United have made a disappointing start to the new Premier League campaign, managing only a single point from their first four games. One might argue that the Magpies have been handed some really tough fixtures, considering Rafael Benitez’s men had to face the likes of Manchester City, Tottenham Hotspur, Chelsea and Arsenal early in the campaign.

Benitez’s men fought showed plenty of fight and grit in their defeats to Tottenham, Chelsea, Manchester City and Arsenal, and managed to snatch a point against new boys Cardiff City.

Part of the blame for Newcastle’s poor start to the season goes to owner Mike Ashley and his management for not helping Benitez with substantial funds to spend in the summer transfer window. After a respectable 10th-place finish last season, Benitez deserved financial backing from the club’s top brass but he couldn’t get solid funds to spend.

However, given the Magpies’ underwhelming start to the season, Benitez should persuade Ashley to splash the cash in January to bolster the current squad. That being said, here are two missed targets Newcastle must sign in January.

According to the Chronicle, Newcastle United were monitoring the situation of Jack Grealish after Aston Villa failed to achieve promotion to the Premier League. Although the Magpies were interested in the Aston Villa playmaker, the move never materialised.

A central attacking midfielder by trade, Grealish, 23, is a fantastic dribbler of the ball and is known for his silky touch and intelligent movement. He has good vision and high work rate to go with his creativity, which would certainly appeal to Benitez.

A perfect player to link up with Saloman Rondon and Matt Ritchie in the attacking third, Grealish could be a top asset for Newcastle in the years to come and Benitez must stump up the money to claim his signature.

According to the Daily Mirror, Newcastle were one of the five English clubs interested in Borussia Dortmund star Mario Gotze.

It has been a dramatic fall from grace in recent years for Gotze, who helped Germany clinch the World Cup in 2014. And due to poor form and fitness problems, the 26-year-old was left out the 2018 World Cup squad and he is yet to play in the Bundesliga this season. 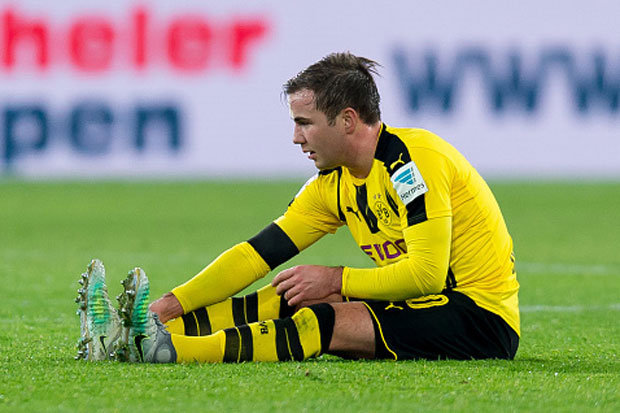 Gotze’s career has stuttered in recent years and it appears as if a move away from Dortmund would be really good for him to revive himself. Keeping Gotze’s current situation at Dortmund in mind, Newcastle must make a move for him in January.

Read more: Newcastle must provide Benitez with some funds in January or risk facing the consequences – agreed?

A versatile attacking midfielder, Gotze can play in any position in the final third and influence the game with his pace, dribbling skills and creativity. The Magpies should look to lure the German to the St.James’ Park as his experience and composure in front of goal could be resourceful to the team.